What I hope changes about the Movie Industry Post-COVID 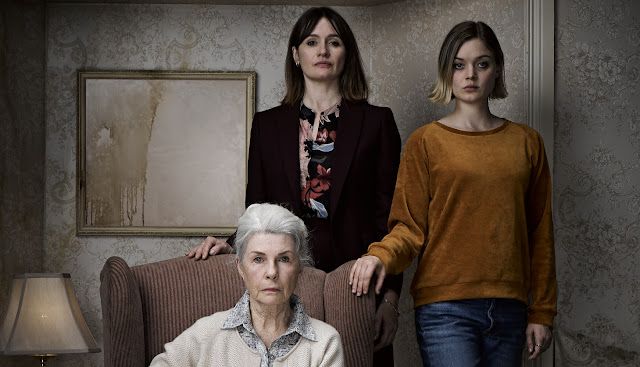 Once COVID-19 is in our rearview mirror, we will notice that the world around us has changed.
Now, spare me the tin foil hat, I'm talking about the many conspiracy theories plaguing the internet. I can't begin to explain how or what those changes will entail. But a new world is on the horizon. I see people complain about the world as it is today, saying that there is nothing normal about anything happening right now. Good observation. The fact of the matter is, our government blew it. There's no arguing that point and I am not trying to turn this into a political screed, but its true. We blew it. We possibly could have had opened businesses on the rise by now, but it didn't happen for us. So we are going to be waiting a little bit longer to see how the world changes after all of this.
We are starting to see some changes, happening right under our noses and nobody noticed. Once COVID-19 really took off, the country shut down. That includes movie theaters. No big releases were coming to any of our screens any time soon. Major studios started pulling films off the release schedule with a new date to be released at a later time. In the mean time, streaming services have stepped up to release brand new content that you wouldn't think of, drive-in theaters are having a revival, and VOD has been getting its hands on some cool new content, stuff that probably would maybe play for a week or two at your local theater and those have been the big winners during this global pandemic.
Seems almost the same? Not quite. You see, the 2010's ended as the decade of the fan. The studios all came together and allowed us to indulge in nostalgia. The movie business didn't push creative ideas with A-List Actors. Each studio found its brand and they pushed that brand. These "tentpole" movies were only meant to keep the studios afloat, not become the business themselves. If you look at each year in the 2010's, the top ten highest grossing films, each year features a bunch of superhero movies, a bunch of stuff based off books, a bunch of revivals...there is barely a new, creative idea anywhere. Instead of feeling a sense of pride with this, it turned its fans into a bunch of rabid animal keyboard warriors, ready to trounce on anybody who would talk smack about their beloved franchise.
Don't believe me? Here's Drew McWeeny who can argue this point better than I can.
This is something that's been bothering me for awhile, and I've written about this issue a couple of times before on this blog. But when each year looks the exact same, going to the movies feels a bit bland. And trust me, I'm not the only one who thinks so. Look what happened to Disney and "Star Wars." We were supposed to get a new movie a year for the unforeseeable future, now Disney is retooling their plans for that brand. When the credits rolled for "Avengers: Endgame," I knew more Marvel movies would be coming. But at the same time, do we really need this franchise to continue? "Avengers: Endgame" felt like such a satisfying conclusion to the Marvel Cinematic Universe, but it wasn't the conclusion. While I trust and respect Kevin Feige without hesitation, most people are starting to get bored with the Marvel model. Plus, if Feige is planning to tell another huge story across 23 movies, can I just pay 1/23rd a ticket price?
Part of any great story is the ending, and we are living in a movie culture that doesn't end. Do we need revivals of "Saved By The Bell" and "Full House?" Do we need a TRILOGY of films based on a book-within-a-book from Harry Potter that never played a significant role in the greater story? Does "Game of Thrones" really need three fucking spin-offs? If we live in a pop culture where nothing ends, we run the risk of that pop culture getting stale, then all of those tentpoles we talked about fall down.
I've enjoyed several movies during this quarantine. Just this passed month, there have been some fun horror films like "Relic" and "Amulet." Are they necessarily great? No, but they've certainly scratched a particular itch with fashion. I found "An American Pickle" to not be the typical Seth Rogen vehicle, but still worth seeing and still very funny. Beyonce's "Black Is King" is psychedelic and often mesmerizing. I think Dave Bautista is on his way to be a formidable force in Hollywood, the next big movie star after seeing "My Spy." Had COVID not happened, I am not sure how well most of these movies would have fared at the box office, but they are keeping people busy right now during the pandemic and they are ruling the box office right now.
Here's what I hope changes after this pandemic is over. I hope we go back to genuine storytelling in the movies. I hope we get flashes of the big, nostalgic stuff in smaller doses. I hope we allow our franchises to end properly and give them time to settle before we milk the cow for all that it's worth. I want our pop culture to live and breath, I don't want it to be treated like its a freaking puppy mill. I want filmmakers to get creative, and I want the studios to back those ideas up with the money and the swagger and the connections that they bring along. Let's start to take chances of all kinds going forward, because clearly its working.
Posted by Shawn Hoelscher at 11:22 PM 1 comment:

I hope you all enjoyed reading my Top 1000 Favorite Films list. Boy, it was a fun year and a half putting that together. If you haven't had a chance to read it yet, Head on over to my Mubi profile to read it. You can also find links to the list on my social media. This post may not make much sense if you haven't had a chance to read the list yet.
I have already received some feedback on the list and a common question that has come up is why certain films are missing. Fair question, even with 1000 spots there are a slew of classics out there and I can't fill an entire list up with them without the list itself becoming something insane to read. I do like hearing what other people like and what they'd put on the list, that's all just the nature of being of film fan. All that talk got me thinking though, and I want to turn the floor over to you guys.
I have decided to create "Conversation Starters." If you choose, you can pick a title off the 1000 Favorites list and send it to me. I will then review the movie for you, and discuss and defend why I put it on the list in the first place. This will be your chance to find out more about a title you are curious about or if you are just wondering how my funny brain works. Have at it. This is your time to delve into the list, and possibly find new recommendations.
I am throwing the whole list up for grabs. But keep in mind that most of the 21st Century stuff I have already written reviews for. So I hope you take the time to really dig deep into the list for suggestions.
Simply email me (bloggershawn@gmail.com) which movie you'd like me to discuss. I will get my thoughts written out as fast as possible. I hope we can have some fun with this. 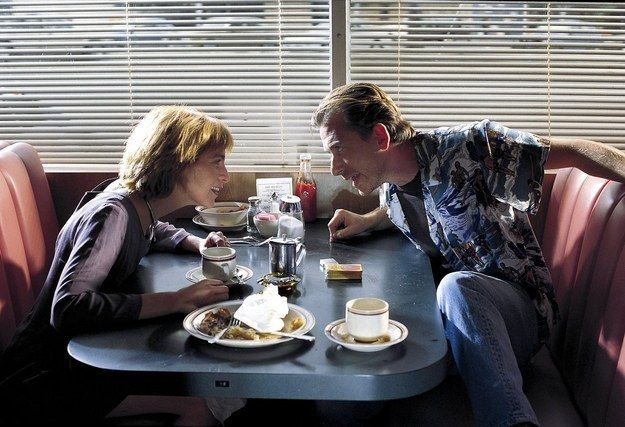 Review: "Host" is fun COVID anxiety for the whole family!

We are not quite through with this COVID stuff. That's unfortunate. It's tough having all these plans for a year, then watching them go down the drain. it's equally tough when not everyone around you is taking it seriously, because that only means this takes longer to get through. It seems no matter where you fall politically, this event is giving us all lots of anixety.
What I've found interesting throughout this whole ordeal is how horror movies and stuff like "Contagion" and "Outbreak" have been popular rentals. I guess that's one way to cope with this lockdown, but its not exactly something I'd do for myself. At least, that's what I told myself at the beginning of this whole mess. But I broke my one rule tonight. I read about this creepy little caper on Shudder. If you are unaware of Shudder and you are a horror fan, you better jump on the train. It's a streaming service that specializes in horror, mystery and suspense. It may be a niche streaming service, but there's no denying how well it caters to people who want it. Just like many streaming services, they've been offering their own content and one of the new movies released this week was "Host." A movie that is very timely for quarantine.
The movie takes place during the quarantine. Haley (Haley Bishop), Jemma (Jemma Moore), Emma (Emma Louise Webb), Caroline (Caroline Ward) and Alan (Alan Ermys) get together on a Zoom call. Not just to see each other again during the quarantine, but because Haley has hired someone who can communicate with the dead, and she's agreed to attempt to help the group contact the dead via Zoom. What could possibly go wrong, right?
The answer is plenty. Because one member of the group decides to goof off during the Zoom meeting. When they decide to try and contact a person who never existed, it opens the door for any spirit to penetrate their world. And when the group realizes how in over their heads they are, its too late and the audience is left with plenty of scares to deal with. This probably sounds similar to "Unfriended" which came out a few years ago. But the difference is simple; "Unfriended" was pure shit, "Host" is not. "Host" is effective. It features some striking scares. It's short, sweet and to-the-point as its only an hour long. But don't worry about the run time, there is enough terror in this one hour that is usually missing from most tedium scary movies each year. Because the movie is short, character development is etched in at a striking speed, but these actors get you to care about the characters fast.
Just in case you need anymore anxiety for yourself, you can turn this one, dim the lights and enjoy the nightmares.
FINAL GRADE: A
Posted by Shawn Hoelscher at 8:24 PM 1 comment: