The Streaming Wars are heating up. What do you think? 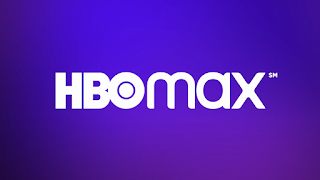 In the last week of May, TimeWarner released their latest in HBO-branded streaming services, titled HBO Max. Even though they are using HBO as a brand name (and ultimately to overprice the thing), when in reality, its all-purpose TimeWarner app. It features a little of everything TimeWarner owns right now, as well as exclusive distribution rights they aggressively bought up prior to the app's release (see Adventure Time and South Park) to make this a larger-than-life HBO app. Given all the content you can find on HBO Max, they might as well called it WarnerMax, since its really a grab-bag of WB licensed content.

Now that some years have passed and we've seen streaming services come into focus. Over here at my house, my wife and I cut the cable cord and picked up a couple more streaming services based on our interests at the end of 2019. A decision we both liked. The reason why people are finding streaming services appealing is that if you buy up four or five at time, you are saving money without cable while having access to lots of entertainment. That's if you play your cards right. We've come a long way from just having Netflix, Hulu and Amazon Prime Video at our disposal.

I wrote about this subject before. I wrote about how streaming services were on the rise and how eventually the bubble is going to burst. The few media conglomerates out there are seeing what its like to create one of these apps and they are drawing lines in the sand, holding onto their content and slowly creating their own apps. You won't  see "Parks and Recreation" for long on Netflix, because it will all eventually go to Peacock, which will be a haven for all NBCUniversal content. The thing is, as more and more of these services are made, the more money people are going to have to spend on these. People aren't going to want to throw all their money at two dozen different apps, and the outlet has the danger of imploding.

I wrote about how I think Netflix will be fine no matter what. Even though the app is changing in lots of ways. I have to admit that I think its dangerous for Netflix to push towards an original content only service. I don't know for sure if Netflix will end up going that way entirely, but the way they are freely allowing the licenses they've bought to simply expire is daunting. Can they make enough strong content to coast on originals only? I may be out of the loop, but I'm not sure how well AppleTV+ is doing on only original content. But perhaps Netflix has a strong enough name and has been in the game long enough that they will be fine.

One thing that seems nice about HBO Max right now is its layout. They feature hubs representing the big ticket items that you can find on their app. Want just HBO? Click the HBO app. Want to watch old Looney Tunes cartoons? Simply click the Looney Tunes hub button. What will give future streaming services a leg up in this war is how well they organize their content. Disney Plus has something similar to the hubs on HBO Max, where they split their content between all the big things they've bought up over the years. That's a good way to spread the content out. While Netflix and Hulu has gotten better at organizing their content, it still isn't perfect. And Amazon Prime Video feels so bloated, going through that service feels like a chore. I know for a fact there are way more movies on that app then we know, and if they just made things a little bit easier to navigate, we could see that content unleashed.

I'm not in the market to buy any more apps at the moment, but I did take some free trials the passed week specifically for this write-up. I can honestly say that one reason I'd buy HBO Max tomorrow is the level of movies they have and from different eras. Their Turner Classic Movies hub is a marvel, featuring American classics from now until all the way to the silent era. For a movie nerd like myself, Netflix, Hulu, Amazon...they all drop the ball on something very specific. I don't like that movies made before 1985 are largely ignored. So having access to a bunch of older classics is big for someone like me. A streaming service you may not know much about is The Criterion Channel, which much like the company itself, features 2100 movies from several different years and several different companies. It truly is an app for movie nerds, and its been great looking through it.

It will be interesting to see how the niche streaming services do in the future, especially since many of the popular apps feel like dumping grounds more than anything. A hodge-podge of content. Shudder is an app that is specifically designed for horror, suspense and mystery. If that's content you want, Shudder does a damn fine job curating it on their app. DC Universe speaks to a very specific fanbase, but man I continue to be a huge fan of "Harley Quinn" the animated series. When you create a special audience and really dig deep for that audience, it can payoff and I hope some of these that do that right can survive.

Another thing these services need to do is have a very strong opening to their services. Remember when Disney Plus came out? There was quite a bit of hyper surrounding the Disney app. The Mandalorian certainly made a splash and the nostalgic factor really played a part. But tell me, how many of you readers who don't have families, how many of you really use the app now that The Mandalorian is over for the season? I have to say, ever since its over, I've hardly touched it. I have a daughter that's 2, so she isn't watching movies yet. She likes PJ Masks, but only watches a little bit of episodes here and there. While I like many of the Disney movies out there, I'm really not spending most of my time watching old kids movies. I'm 31 years old and really not watching that stuff by myself. I think the app will become more valuable as my children get older, but for now. It's just something I have access to. I think Disney kinda fumbled the release, with not giving much fresh content. Time really hasn't been their ally either though. Those long-hyped Marvel shows get pushed further and further away thanks to COVID-19, but there's really no helping that.

How Disney didn't treat Hulu like a sister app is baffling to me. When Disney recently bought Fox, it gave them 50% owning rights of Hulu and they simply bought up the other 50% because its what Disney does. They buy shit. The thing is Fox has an incredible line-up of movies. But since Disney Plus is obsessed with keeping their app family friendly, that means several of Fox's films won't end up on the service. So why not put them on Hulu? I mean, you can buy the Disney bundle right now that includes Disney Plus, ESPN+ and Hulu for the price of Netflix. So why not put everything you don't want to put on Disney Plus on Hulu? Deadpool too vulgar for kids? Boom. Hulu. Die Hard and Alien and Independence Day? Boom. Hulu. Planet of the Apes a little too much for kiddies? Boom. Hulu. I have to admit too that I am baffled that none of the X-Men movies are available on Disney Plus currently. Even though Hulu has been around for awhile, its still just a dumping ground for networks. It has no real identity yet as a streaming service yet, which is surprising.

When these streaming services announce that they have "4000 hours of content" I can watch, none of that means anything to me if its hard to find and not well organized. If an entire company is promising the consumer something, it'd be cool to simply pay a fee then that company completely open its vault. That's the future I hope we can settle into eventually. This is why I continue to have a pretty deep movie collection here at my house. I don't want to be shackled to the licensure of these services. Things come and go so fast sometimes, and I want what I want when I want it.

Availability will play a huge role for me as well. Playstation 5 made a big splash this week. I have an Xbox and I like Xbox because they are compatible with all the services I like. Our gaming consoles are turning into all-purpose media machines, and what I can and cannot get on them will determine which machines I buy. But that's a problem too. I don't want to continually buy machines and boxes and doodads just for things to watch. These services need to get better at being available everywhere through several channels, because it will definitely affect how much I use said service.

So what are the rest of you thinking. What streaming services do you have? What do you like? What do you not like? Are you willing to buy dozens of these things in order to have access to every little thing you watch? Or are you edging toward just getting cable again? I don't think this war is coming to a close yet. Time will tell how the chips fall.
Posted by Shawn Hoelscher at 7:44 PM