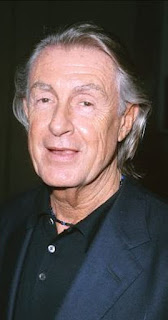 When we look over the filmography set by Joel Schumacher, he doesn't have the career that say somebody like Martin Scorsese or Steven Spielberg has. The thing is, now that Joel Schumacher has passed, I don't want his legacy to simply be "the guy who put the nipples on the batsuit." There were so many more movies to his name than anything Batman related in the mid to late 90's. I hope we take the time celebrate his entire career, because Joel was never a guy who simply did the same thing over and over again.

Joel was the guy who made "The Lost Boys," an 80's horror movie that is a particular favorite of mine. There was the 80's teen comedy "St. Elmo's Fire." He made the 2004 rendition of "Phantom of the Opera," and that is definitely the musical, through and through. He also made the intense courtroom drama "A Time To Kill," which although uneven is certainly worth a look. None of the four of those movies have much in common with each other. So many filmmakers deal with the same themes and the same styles. You honestly can't say that of Schumacher.

One thing that has shocked me upon this research is that I had no idea he was a costume designer for Woody Allen's "Sleeper."

"Batman Forever" and "Batman & Robin" may not be very liked by all. I personally don't think the Adam West anesthetic worked with the Burton atmosphere. I do think "Batman Forever" is more silly fun, whereas "Batman & Robin" is just plain silly. Jim Carrey was a great Adam West era-style Riddler, it just didn't belong in the world already established by Burton. Seeing Tommy Lee Jones as a goofball Two-Face is something you have to see at least once.


At some point, you probably ran into a Schumacher movie or two. No matter if you liked them or not, you have to admit, they were wild rides. That's what Schumacher did best, made some rides. I hope you enjoyed the ride while it lasted.


Posted by Shawn Hoelscher at 8:03 PM