The Long, Sought After "Snyder Cut" of Justice League is coming... 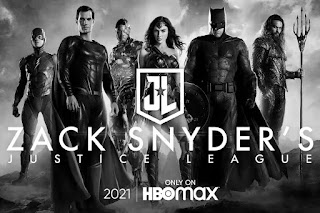 That hashtag used to pop up every once in awhile in movie hangouts and Twitter since 2016. We Know Zack Snyder made "Justice League." We know he wanted to split their movie into two parts. We know the studio was giving him lots of notes (something which happens with some studios with certain giant, tentpole franchises), we know Snyder got forced out and Joss Whedon came in to clean up. There were reshoots, some certain horrid reshoots. (I have a picture on my Facebook that is constantly making me laugh of Henry Cavill on set with a mustache. A mustache that was digitally removed poorly) 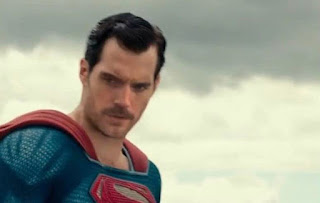 "Justice League" was better received than, say, "Batman v. Superman: Dawn of Justice," but still not quite loved on the level of, say, the Marvel movies. Snyder blamed the studio. Said it wasn't his true vision. Said he wanted to release his true cut of the movie. We would hear faint whispers of what he was planning with his vision for Justice League. We were supposed to get Darkseid. We were supposed to get The Green Lantern Corps. We were supposed to get a two-part movie where Darkseid kicks the League's ass, leading to the wasteland Earth Batman saw in his nightmarish visions in "Batman v Superman." We never thought we'd actually see it. People pleaded and pleaded for it.

Well, HBO has announced that Zack Snyder's "Justice League" is coming to HBO Max next year. The long, sought-after film is on its way. I know several fans think all the pleading paid off. Maybe it did. Or maybe HBO has been very competitive in the streaming wars so far. They bought up rights to distribute "South Park." They got four specials of "Adventure Time" for the service only. They put the Snyder cut on the service because people WANT the Snyder cut. This is just another ploy to sell subscriptions.

That combative nature to stay competitive will pay off if "Zack Snyder's Justice League" is actually a good movie. The question is, will it be a good movie? Does it have any chance of actually being great? Lots of people haven't taken too kindly to any of Snyder's DC movies. Lots of people don't like his visual style. For me, he kind of reminds me of Ridley Scott. When he makes a great movie, its addicting to watch. When he makes a bad movie, its really, terribly, abhorrently bad. There seems to be no middle ground.

Fans, people who have apparently seen this magical cut by Snyder and the actors themselves all swear to God that the Snyder Cut is a totally different movie. Obviously, that still makes me remain skeptical, because of course the actors will say that. They want people to see it. Apparently, there are storyboards of scenes not in the original movie. Apparently, it is a top-to-bottom different experience. Is this all a bunch of hype and hoopla or nothing? Or did Snyder truly not get to make what would be an extraordinary superhero movie that would have put the Avengers to shame?

We will finally get to see in 2021. For now, I am staying open minded. I think I'm curious enough to get a week free trial for HBO Max just to see the movie then delete the account. I doubt this one movie is going to make or break how well HBO Max does, its HBO and it has built a loyal audience that will follow them anywhere. I really don't care about the streaming wars. I am curious to see what Snyder pulled off.

I do hope it's good.
Posted by Shawn Hoelscher at 7:20 PM