It's officially happening guys. We are slowly starting to see bits and pieces of what "The Batman" is going to look like. Now, a little over a year ago, the world went wild when Robert Pattinson was cast as Bruce Wayne/Batman. To anybody who knows the history of the character on film, that wasn't very surprising. Every single actor who has ever played Batman in live action since the 1980's has been met with scrutiny for playing the character. Michael Keaton, Christian Bale, Ben Affleck, Val Kilmer, George Clooney...all of these guys got shit for playing the role. So Pattinson getting heat is nothing new. I am not sure what fans expect, especially since Keaton, Bale and yes even Affleck were more than fine in the role.

I have been intrigued by the Pattinson casting, because I know there is way more to his career than just "Twilight" and I have to be a snob and say you don't know his range if all you can think about is "he's the guy from Twilight!" when his name comes up. Especially in recent years, he's been proving that he is definitely an actor and not a movie star. That's important because you need a guy with lots of depth to pull off the personas of both Bruce Wayne and Batman. I am excited to see what he does. The casting is coming together strong. I like the idea of Paul Dano as Riddler. I like the idea of Colin Farrell as The Penguin. I love the idea of John Turturro playing Carmine Falcone. Zoe Kravitz playing Catwoman makes me cackle simply because she did the voice for Catwoman in the "LEGO Batman Movie." Director Matt Reeves isn't going to let us down, I don't think. Both "Dawn" and "War" in the Planet of the Apes prequels are just about as perfect as blockbuster film-making gets. He puts heart and soul into his films, but he also makes them fun and action-packed.

Today, we finally got some looks at the Batmobile for the upcoming movie as well as some looks at Batman's suit. One thing is apparent here, they are totally moving in a different direction, which is a good thing. I like that after two franchises of having a Bat-Tank, they took the Batmobile in a new direction, making it look very different. Slick but still comic booky. 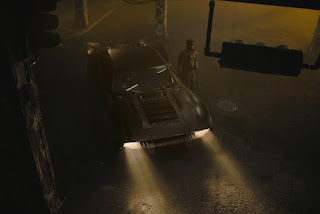 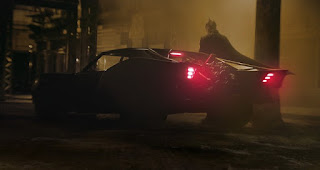 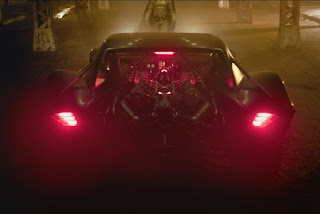 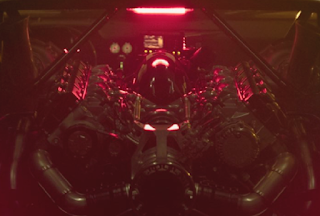 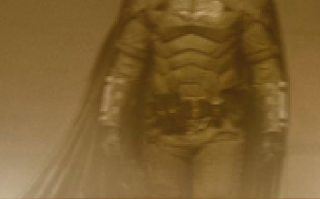 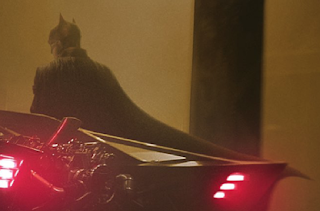 I am not sure if I am totally sold on the futuristic looking suit, but I will see how it looks in action. We have to remember that according to the story, we are seeing Batman early in his career, so he could have an entirely new suit by the end of the movie, or by the next film. (They are planning a trilogy). So don't worry about it too much. So far though, what do we think of all of this? "The Batman" will be released in 2021.