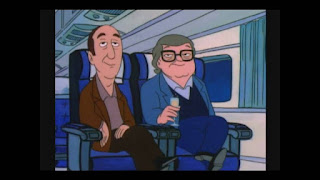 You all have been voting all January.

The nominees for my website's first ever Awards Show. They are the Gene Ebert awards. Yes, I did a slight name change to avoid any sort of legal trouble. But hey, this way I get to pay homage to the two film critics who proved to me that film criticism does matter. Now that we have boiled down the categories to five nominees (and nine nominees for best picture) let us check out work. You will have one week to vote for ONE WINNER in each category. You can email me your ballot (bloggershawn@gmail.com) Or you can leave a comment on this write-up, at the bottom of the article. I will also have fun putting together little voting spaces on my personal Facebook page. So you can find me there too.

At the end of the week, I will spend the weekend calculating the final votes. Then I will put my planned video together for all of you. Hopefully, we'll get this thing figured by early next week! It's up to you though, so get voting!

Best Motion Picture
1917
Avengers: Endgame
Knives Out
Once Upon A Time In Hollywood
Parasite
The Farewell
The Irishman
Uncut Gems
Us

Best Original Score
Midsommar
Us
Joker
Knives Out
Godzilla: King of the Monsters