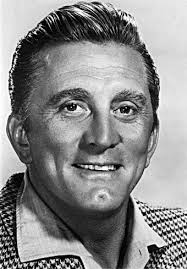 "You only live once, but when you live like me, once is enough." Frank Sinatra said that a long time ago. While he was obviously was talking about himself, you could also apply that to the life of Kirk Douglas. Even though, 103 isn't enough and it could never be enough. Look at everything Kirk Douglas accomplished. Not only did he have a lengthy film career that spanned decades, the charity work that did around Hollywood for the whole of that career has been felt in the same exact time, decades.

Since the early 2010's, I was obsessed over the Roman Empire slave wars and I got into the "Spartacus" TV show hard. That eventually lead me to see the movie and the 1960 movie is as epic as it could possibly for the time. Douglas is amazing in it. It's an amazing lead performance. It's not nearly as vulgar as the TV show was, but it certainly didn't need to be. We don't get movies on that type of scale that feel epic in a classic way. It was nice.

There's also "Ace In The Hole," which I think is one of those movies all Americans should see, especially right now in a time where the media is frenzy every hour of every day. "Paths of Glory" was one of the first movies that didn't feature a romanticized version of war. I recently watched "20,000 Leagues Under The Sea" on Disney+ which was a fun watch and featuring a great Douglas role. Those are just some of his very best roles. We could be here all night if we really wanted to, discussing this movie or that movie from this decade or that decade. 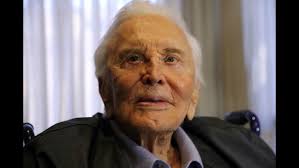 Posted by Shawn Hoelscher at 7:29 PM