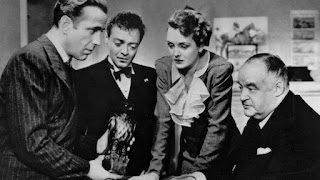 To most, it was probably an inconsequential date, but for me personally, it's a date I won't forget. It certainly felt like a normal day at first though. I had just gotten home from work. It was from a job I was still fairly new to, but I was certainly liking it and making the most of it every single day. It was a normal day, not much out of the ordinary. When I returned to the my home, the TV was already turned on, and there were tons of stories about Roger Ebert. He seemed like he was everywhere. I suddenly got a very bad feeling in the pit of my stomach and I was hoping what I was thinking wasn't going to come true. Sadly, it had. Roger Ebert had passed away.

I had felt like I knew who Roger was at a very young age. As far back as I can remember, there are memories of watching his program on television, with Gene Siskel by his side, rating the movies. Talking about the films that were coming out. Giving them the thumbs up or thumbs down or some kind of combination in between, then the debates began. It was never short of captivating and I feel like it made me appreciate film criticism at a young age. Anybody can have an opinion and all those opinions are valid. But that doesn't automatically make everybody a critic. I began to learn the history of film, what inspired who and how it all became important.

I certainly wouldn't call myself a critic. I'm just another guy spewing his opinion everywhere, and I definitely like the website I've created. The evening of April 4th, that was what my girlfriend (now my wife) were discussing all night. The passing of Roger and how cool it would be if I did something like that. So I just decided that I would. Thus, You, Me and Movies was born. A place where I could jot down my opinions on movies, write reviews and thoughts on trailers and news. Roger Ebert inspired me and I just thought that my opinion should be part of the mix, whatever that mix might be. Plus, after college, many of my friends were gathering hobbies. It was kind of weird in those days after college when you had no more homework, not tons of text to read, not anymore tests to study for or long papers to write. I was bored at night most of the time, so I thought this would help that a little bit.

I would be lying though if I didn't think, deep down, that I'd love to make the thing monetary somehow. I just didn't quite know how. I tried adding Google Addcents to my blog, but since most of my readers hail from the same general area, Google thought I was making some kind of get-rich-quick scheme and not even a month after I installed it, Google took it down. I tried to repeal, but it didn't work. I remember in the early days of the blog, I was writing quite a bit, all the time, usually two or three posts a night. I loved doing it, but I did want to get notice somehow. Even though I didn't really get how to do it.

It's a new year, its a new decade. This blog isn't quite ten years old yet. But I have to say that I am not commercially minded anymore. I like the writing that I do, and I like the audience I have. Your words of encouragement have easily kept me going. I don't write nearly as much as I did when I first started, simply because my life has changed, and I am not trying to do the things I tried to do earlier. For one thing, entertainment sites are about a dime a dozen these days. In addition to Ebert, I read several online movie review sites growing up, and I thought if some Joe Schmoe can build a site, I probably can to. The thing is, most of those sites were born in the 90's. Do we remember what was happening in the 90's? The internet was booming then and it was a very different place back then compared to now. The internet doesn't particularly need any more entertainment sites and the studios have really taken a hold of what gets released as news. Plus, most newspapers and websites pay new writers by exposure. As in, you're hired, you have a job, but you get no money, just a platform to write words for. I can't imagine doing something like that. I'm not a teenager anymore. I have a wife and a daughter and another one on the way. I can't even think about doing something like that.

Not that I care. For the last few years, I've let this hobby of mine become very familiar to most other sites on the web. That wasn't exactly what I had in mind. So now, in 2020, I am going to begin to go back to what I wanted this hobby of mine to be. You, Me and Movies isn't going to be just a rundown of what is being released now, because those aren't the only movies I care about. I plan to deep dive into a huge host of movies. A year ago, I teased my Top 1000 movies of all time. That list is still coming. It's a big list, obviously, and just thinking about what does and does not qualify has taken longer than I thought it would. But that's okay. I don't have deadlines. I didn't set one. I am slowly having fun putting it together. The good news is that its getting closer to being finished. That's key, because its going to be the lynch-pin for the future of this site. There are movies from all sorts of years and decades on that list, and once the list is published, we are going to slowly break the list apart and talk about each movie that appears on the list.

It's not just the new that is terribly important to me anymore. It's sad that we have a popular culture right now that is only obsessed with what is coming out right now. We are constantly fed, and fed, and fed information and trailers and casting news and TV spots for a big event movie up until its released. Once its released, it feels like its put out of our memories to make way for the next big thing. It's like Hollywood looks at us like we are a bunch of junkies just constantly looking for the next high. I think that's really weird. I think there's value in looking at movies of all years and throughout all of cinema's history. There's limitless experience to behold there.

Now, if you are laughing at this article right now and thinking "Okay, boomer" in your head right now. Don't worry. I still plan to review as many new movies as possible each year. Just like always. I also am planning to find fun ways to tie older stuff to the new. Case in point, we have a new James Bond movie coming out later this year. (Later, try in the next few months!) So to celebrate, I am going to go through the entire franchise, one movie at a time, and review them all. I have the whole James Bond set that was released on Blu-Ray in 2012. We also have a new Batman movie coming in 2021. So to celebrate that, I will also publish a series looking back at all the Batman movies up to this point, and even some other media. The Burton era, The Schumaker era, The Nolan era, The Snyder era, the animated series, I will write about it all. I plan to do the same
for "Mission: Impossible" and Spider-Man as well (Mission: Impossible in particular was a very weird franchise overall prior to 2011). This is really what I mean by writing about it all, talking about the new while also looking over the history of the medium.

I've also begun practicing editing videos again. I started a YouTube Channel and made a grand total of three videos. I haven't touched it since. That's going to change. They won't just follow TV stuff, just whatever really comes to my mind pertaining to entertainment. I am going to be doing some experimenting. I am going to try to be informative and maybe even funny (yes, I am going to attempt comedy, be patient with me!)

Heck, even my end-of-the-year lists moving forward aren't going to be quite the same. Why? Well, here's a dirty little secret: those lists aren't set in stone. Never were and never have been. Art is subjective and sometimes things move up or down in stature based on how your life changes you. None of my end-of-the-year lists have remained 100% concrete over the years. I am going to let you in on another dirty little secret: Every time I love a movie, it gets added to my mental shelf of all the art and entertainment I love. Whether its movies or TV shows or books or comics or video games or albums, if I love it, it goes on that shelf of things I need to remember, things I need to get. I can't pretend anymore that there's some kind of hierarchy to the movies I like. For me a great movie comes down to what type of mood I am in when I want to watch something. Sure, I usually have one very favorite of each year. Sure, I can recognize that some movies are more influential than others. The most fun I have recently had making a list was in 2018 where I dissected 30 films and wrote about them in alphabetical order. I can't pretend anymore that 10 movies is all that it takes to define a year of movies. It's not. Not in this climate. More movies are being made now than ever before and we have access to so much more than we used to. So why not celebrate that. This is my website and boiling down entire years of movies to just 10 seems arbitrary to say the least.

Have you noticed the Amazon adds on my website yet? Cool! I decided to become an affiliate marketer with Amazon. So any time you want to do some shopping, click on those adds and through my website. It would really help me and the family I am creating right now!

So this is my game plan for You, Me and Movies moving forward into the new year. I like this plan a lot. I hope you dig it too. For now, I gotta finish my last part of my look back at 2010's TV and then I am going to hit the ground running on this plan. I hope you continue to read along with me!
Posted by Shawn Hoelscher at 7:22 PM