My Most Anticipated Movies of 2020!

I'll be honest, with all the lists I've been making about 2019 and of the decade, I am running into some list fatigue. In case any of you didn't notice. My most anticipated movies of 2020 won't be as exstensive as usual, but I wanted to offer a list of movies that I am dying to see this year. As well as some movies that I think are going to be much talked about (for better or for worse). As always, when a new year starts, I feel like a little kid who just walked into the candy store. The possibilities are endless. I hope its all good and my heart and my head are open to everything.

The movie I am looking forward to most doesn't have a trailer yet, but man I can't wait to see one.

My Most Anticipated Movies of 2020 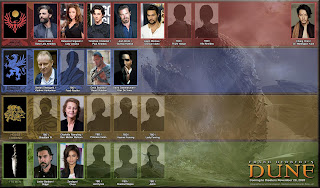 Get ready y'all because one of the greatest epic science fiction stories of our time is getting its third adaptation. In 1986, David Lynch made the first "Dune" and while its my least favorite Lynch movie, there are some things about it I can't get out of my head (as per usual with all Lynch stuff) the mini-series that was on SyFy back in the 2000's is the superior adaptation. But with the incredible cast that is already being assembled (as you can see above) and Denis Villeneuve is an incredible director who showed up a few times on my Best of Decade list. I think this is going to be amazing. I am hoping so bad that it will be. 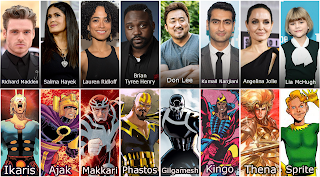 Telling from the abysmal footage that played at D23 this passed summer, I think this is going to be a Marvel movie unlike any other. I am absolutely rabid to see the first trailer. It's got a super exciting cast and now that Marvel has taken the world by storm, they can go ahead and do some experimenting. This group is a big question mark for me, as I've never read any of their stories, so there is going to be some fun discovery for me as well this winter. 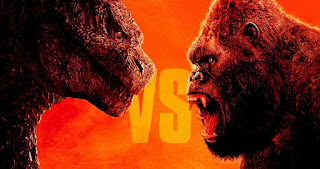 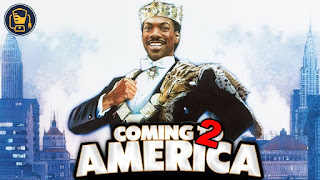 Any time there is a brand new Christopher Nolan movie coming, you know I get super excited. I love that he is returning to the realm of science fiction and I love that his marketing always remains mysterious. I have no idea what the hell this movie is about, and that is exciting to me. I can't wait to learn more and finally see the thing.

Jordan Peele producing. Looks like yet another feature length Twilight Zone episode like "Get Out" and "Us" were. Peele has made a big enough splash that he has earned my attention every single time his name is on something. Another great mysterious trailer, and the theories revolving around this one should be fun for the next few months.

Thank you Disney for going ahead and giving this movie a proper release, I can't fricking wait to see it!

Finally, "Black Widow" will be getting her own movie! Taking place right after "Captain America: Civil War," we'll see her own solo adventure. There is a terrific cast that has been assembled for this (pun totally intended) and I love that its a straight up super-spy movie. This is going to be so much fun, I can feel it.

This could be a year were superhero profit is dominated by women and I ain't gonna complain about that. I loved this first movie and I hoping the sequel is just as great. Kristen Wiig still gives me pause, but I am curious enough to see how this goes.

10. No Time To Die (April 8th)
I have hope that Daniel Craig will end his tenure as our favorite MI6 agent on a high note. I hope.

Expect the following movies to be in the year's Movie Conversation

Here's the thing, I find the original "Top Gun" a little overrated (a fringe opinion, I know) and I am not sure if anybody really asked for this. I hope the power between Tom Cruise and Miles Teller can at least make this passable and fun. I am hoping as the decade progresses the "Nostalgia or Nostalgia's sake" fizzles out. Too soon to tell right now though.

Can't say I am really excited about this but we'll see how it goes.

Mulan (March 27th)
Why is Disney making live action remakes of their classics? Because they can. Whether you like it or not, you are throwing money at these things. Here's the thing, some of them have been good, some have even been great. Others though have been shit. So "Mulan" is a toss-up. The important thing is though, that trailer looks AMAZING, so Disney does have my attention.

Birds of Prey (and the overlong title) (February 7th)
The DC movies have been really up in the air these days, you are never quite sure what you are going to get. One of the only really good things we got from "Suicide Squad" in 2016 was Margot Robbie as Harley Quinn and she is fabulous as the character. I am hoping that movie connects and that it does end up being good. We shall see.

The son of the man who gave us the first two "Ghostbusters" movie is behind this one and most of the original cast is returning. That's enough. I am giving this a chance.

I loved the first movie, very much looking forward to this.

Hopefully Pixar is still on the up and up.

A prequel to Kingsman. Not sure we needed it but we'll see if it ends up awesome.

Even though there are no trailers for them yet, get ready for Fast and Furious 9, Bill and Ted 3, Halloween Kills, Morbius The Living Vampire, West Side Story, Pixar's Soul, Bob's Burgers: The Movie,  and Venom 2 coming later this year too. So mark your calendars. What are you most excited for?


Posted by Shawn Hoelscher at 7:49 PM