How much hate does Marvel actually earn? 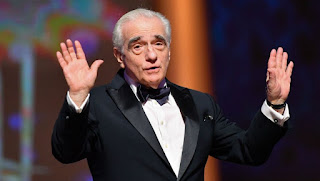 Shots have been fired. Citizens are arming. The knives are out. Honestly, we all should have expected it, no matter if you watch Marvel movies or not.

The success of Marvel Studios has been staggering to say the least. Nobody would have guessed that an interlocking superhero franchise would have garnered so much praise from millions of fans, tons of dollars earned and hell even three Oscars. This franchise has been trucking along for eleven years now, and it doesn't seem like its running out of breath. This, of course, leads to criticism. Even though Marvel is getting plenty of flock lately from Hollywood's crowd, we actually do see this stuff happen all the time. Anytime something is popular, there will come a time when people will come out of the woodwork to trash it. There are people out there who are watching eagerly, waiting for a big failure, ready to watch Marvel Studios topple over.

I've read what Martin Scorsese has had to say about the studio. I have read what Jennifer Aniston said, and what Francis Ford Coppola said and what Steven Spielberg and James Cameron have said over the years. You all know how much I love Marvel, but here's the thing. These guys and gals are half right and half wrong. At least in my eyes. I think Marvel Studios has graced the industry with many blessings, but I think they also have plenty of sins to answer for.

I've been noticing something ever since I was in middle school, and its seems to get progressively worse as the years pile on. I've written about it before on this blog. But every time a studio becomes successful, all the studios will try to copy and imitate that success. When "Lord of the Rings" was successful, we got a avalanche of fantasy films. Also, when the superhero movies "X-Men" and "Spider-Man" were so successful in the early 2000's, that's when this big superhero craze began. (Funny, because the only way Fox got Bryan Singer to direct X-Men was by NOT calling it a superhero movie, they called it a Sci/Fi film)

It wasn't until the 2010's where the business really discovered what could be done with superhero movies. The studios saw what Marvel was doing and again, tried to imitate it. Except these days, the studios seem to take that to the extreme. Each studio is so obsessed with creating their own shared universe that they are collectively pushing everything else out. Original movies don't seem to be made anymore, if its not contributing to a company's universe, it doesn't get made. The movie market seems so small these days because of these practices. In passed years, studios would make these "tentpole" movies so they could finance other, smaller visions. But today, these tentpole movies have become the go-to, and if one should fail, a studio is in danger of watching their whole company crumble to the ground.

These movies have also given Disney the power to buy other properties. If there is no competition, there really isn't much creativity or vision on display. Disney has a very specific voice to their work, and if everything looks the same, is that really a good thing? It also leaves the little man in the dust. When Disney recently bought 20th Century Fox, some of Fox's independent studios shut down. Any time the little man is incapable of voicing themselves, that is definitely a problem.

But most of that has little to do with what Marvel has done, and the movies they've made. For better or for worse, Marvel has carved a space for themselves in the pop culture pantheon. Now everyone knows about them. After eleven years, it seems like Hollywood has finally decided it is now okay to shit on that success. It is now finally cool and hip to rip on a studio that has accomplished so much. Scorsese says they aren't cinema. Coppola says their despicable. Spielberg says they will eventually go away.

I've always respected Scorsese as a filmmaker, and have always considered him a great auteur. At the same time, I am puzzled why he thinks any of this matters. There is no textbook definition of what cinema is and what it isn't. So because Scorsese has made some world-renowned movies and he's got a shelf full of awards, he somehow knows something nobody else does? Art is subjective, and movies are art. Once someone releases that art, it then, in a way, belongs to the people. So when was it collectively decided what constitutes as real cinema and what doesn't?

There are always going to be pompous film snobs who will only like things with deep metaphors and deep thoughts. Then there are people who are action junkies and superhero fanatics, and those types of movies are the only movies they will be willing to see. And yet, can you honestly tell me why either of those groups are really wrong? Is it because as superhero movie has colorful costumes and they use green screens that they are somehow not cinema? Do we honestly think there are no deep messages hidden in superhero movies? Why not?

As a lover of all movies, I think cinema can be more than just one thing. I love movies that transport me. I love movies that challenge or confirm my beliefs. I love movies that have something on their mind. But I love a big, crazy, action-packed thrill ride at the same time too. It's all valid to me because they both have the capability of emotional empathy. A lifelong comic reader can get wrapped up in the characters and their journeys. A Oscar lover can see the things nominated each year and feel emotionally and intellectually whole. At the end of the day, each person is different. We respond differently to art. We all get different things out of it. Therefore, nobody is right and nobody is wrong when it comes to discussing films. It all comes down to personal preference and personal taste. Seriously, somebody's favorite movie somewhere in the world is "Mannequin."

For my money, I can tell you that becoming a father has changed how I view art. I can say that my own personal experience shapes how I view art. I think we all bring our own biases and our own baggage to the theater, which is why we all have very different opinions on movies. Also what we want and need from movies changes as we get older. If you asked me as a teenager what my favorite movies of the 90's were, I'd no doubt say "Fight Club," "Pulp Fiction" and "The Usual Suspects" were my top three. In that order. At 30 years old, I'd say "Fargo," "Heat" and "Goodfellas" are my top three of the 90's. That doesn't make me a liar, its just that our tastes change as we change. I am still madly in love with "Fight Club," "Pulp Fiction" and "The Usual Suspects" but their importance has dimmed just a bit. Other movies have stepped up and I think I get more out of certain movies as I've grown more mature. A favorite film critic of mine actually said something interesting. Movies are like time bombs and sometimes it takes years and possibly decades for them to go off. What may not have seemed important then can be important now.

Cinema is something that is constantly changing, constantly evolving. So trying to figure out a concrete definition seems almost silly. This world is full of billions of people, and we all react differently to art. What may be universally panned may be somebody's lifeline on the other side of the world. So for me, all film should be treated with respect, and let's let time be the deciding factor on what's important. Some movies fade, but that doesn't mean people don't like them. So we should allow all movies into the cinematic conversation. Yes, some movies may be viewed as more important than others simply because they inspired many people and lots of directors take ques from them and even if you haven't seen them, you know them. But just because a movie is important doesn't mean you are required to love it in return.

Someday this whole superhero craze could end, so what's wrong with enjoying it while its happening. No matter what you like to watch, its all art. So let's celebrate, huh?
Posted by Shawn Hoelscher at 10:01 PM