Tom Rothman is a Supervillain 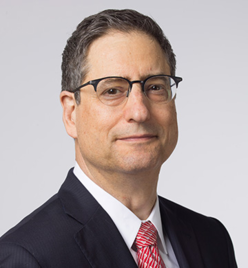 Tom Rothman is a Supervillain.

As you may have already heard, the shared deal between Sony and Disney to allow Spider-Man to be featured in the greater Marvel Cinematic Universe franchise has ended. The deal was to allow Spidey to show up in the Disney/Marvel Studios film while Sony hot a percentage of sales revenue. Spidey's package included three Marvel appearances (Civil War, Infinity War, and Endgame) and then a trilogy. It was to be expected that any type of negotiations or renewing of a deal would have taken place after the third proposed "Spider-Man" movie. But I guess those negotiations took place sooner and Sony bowed out of the deal. Disney simply wanted a little more money for their work, and Rothman got Sony to say no.

Yes, I have already heard people talking that Disney got greedy. There is certainly a little truth to that. But think about it. Businesses usually go into business deals to get something out of them. Sony came to Disney because they had no idea how to manage Spider-Man properly as a property. Disney put the character into their franchise, fostered him creatively, and made two solo movies that made tons of cash for the box office, making Sony very rich. If you are in a business deal with somebody and you doing most of the work for little of the profits, would you not at least try to negotiate for better?

Tom Rothman is a head executive producer over at Sony, and before he worked at Sony, he worked for 20th Century Fox. Would any of you find it interesting that Rothman didn't believe in "X-Men" when was being made for the year 2000? Do you know that Rothman cut the budget for "X-Men" and moved up the release date on Bryan Singer? There are several more stories about how Rothman tried to fuck up "X-Men." It was a property he thought was going to fail. The rub is, it didn't fail, and thankfully Singer was given a bit more freedom to make "X2" even better. You can tell that Rothman's ego was nearly demolished, because there was a massive slowdown on production for "X3" afterward, despite the big money the film brought in. He tried to take over a year to negotiate a deal for Bryan Singer's treatment for "X3," he wanted to tell the Phoenix Saga and he wanted shoot "X3" and "X4" back to back. But Rothman stalled on a deal with Singer as well as a release date for "X3."

So you know what happened? Bryan Singer got hired to make "Superman Returns" instead. Rothman then proceeded to speed up production on "X3," going through several directors who eventually bailed on the project before Brett Ratner was set in stone. The whole point of all of this was because Rothman was determined to beat Singer's Superman to the big screen. Whether you like "X3" or whether you don't, there is no denying that if Rothman had just set Singer and his production team in place for "X3" the week after "X2" crushed it at the box office, we would have probably got a vastly superior "X3" than the one we eventually got.

Rothman has done things like this his whole career. Remember "Independence Day?" 1996? Big alien spaceships? Will Smith and Jeff Goldblum and Bill Pullman? Yeah? It was one of the highest grossing pictures of that year. It sold the audience and a very clever marketing scheme, in fact, I'd call it the best marketed movie of the whole 1990's (maybe disputing the marketing on "Blair Witch Project," honestly that's a tough call). The movie was wildly popular upon release. So you know what Rothman did? He rushed the team behind "Independence Day" off Fox because he wanted to pay them half what he paid them for the first film for a sequel. Seriously, greenlighting a sequel to "Independence Day" a month after it came out should have been a no-brainer. "Independence Day" could have been a major franchise today, instead when a sequel finally came out twenty years later, nobody cared. All because Rothman is a shrewd business man.

Over the course of Rothman's tenure at Fox, several major blockbuster filmmakers stopped making their movies over there. Rothman is a man more obsessed with release dates and fiscal quarters instead of making movies people are going to like. I don't know, maybe he's possessed by Satan too, and Satan just wants to make people like this type of stuff suffer. Rothman is a ruiner of fun, and he needs to be stopped.

I don't know if anything resembling a miracle is going to come out of this. The weird thing is Tom Holland is still attached to play Spider-Man. How is Sony going to explain in a Tom Holland Spider-Man movie that all the MCU related connections are just gone? How do you make a Holland movie without referring to his past that is already established? You can't, so Sony's best bet would be reboot the franchise...for a third fucking time. The way Sony handles reboots...well...I guess get ready to watch Uncle Ben die for a third time. Sure, Sony got things right with "Enter The Spider-Verse" that doesn't mean they get to be ruiner of fun.

The MCU moving forward is also going to be kind of awkward just dropping Spidey from its continuity. How do you even explain that?