New Joker trailer & some thoughts on the toxicity of FilmGeekDom 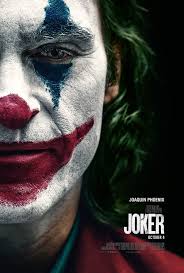 This was originally going to be a review of the latest "Joker" trailer and we'll still talk about that. But something else today came to my attention that I think is important. So much so that I feel like I need to vent it out on my blog here.

Times have certainly changed since I was just a mere adolescent into adulthood. There was a time when being a "geek" or a "nerd" were words of insult. Where liking certain things in abundance was seen as something negative. I know growing up, I never let anybody know just how much I was into superheroes or how long I actually played with action figures because I was too scared to get made fun of. People were Trekkies, fans of geeky and nerdy genre stuff, they all had certain stereotypes. They were said to be overweight, have bad neck-beards, have no fashion sense or sense of hygiene, they were virgins and they all lived with their parents way past an acceptable age. To be in line with them was to be given a death sentence.

Then in the last decade or so, something happened. The nerds won and they took over the world. Now comic books, anime, Star Wars and Star Trek is all omnipresent in our daily lives. "Godzilla: King of Monsters" is no longer a movie designed for a niche audience. It doesn't necessarily turn a girl off to have a Batman poster in your room. When a 40-year-old man asked in a Marvel Facebook group I belong to if it was acceptable to have a Marvel themed birthday party at his age, he was greeted with hundreds and hundreds of optimistic comments, including one from me. When I attended the Chicago Comic Convention in 2014, it drew a very diverse group of people, and it was such a wonderful thing to see.

There comes a price to all of this though, and it seems like our culture has downgraded into what I call franchise wars. Hey, its 2019, everything is a cultural war these days, yes? That apparently also includes our pop culture. Earlier today, I had made comments somewhere about how I personally wasn't too excited for the upcoming "Joker" movie and how the new trailer did nothing. For me. PERSONALLY.

Boy oh boy, did I get heat for that.

I didn't even know that there were such things as "Marveltards" but apparently I am one of them.

I saw even at a early age how our culture slowly began to break up into camps revolving around franchises and things from our pop culture. That coupled with the devolution of communication in this country has lead to some nasty habits. Today, its not enough to simply like or love something, now everybody has to be in love with the same things your in love with. If they aren't, then it isn't just another opinion, those people are worst people in the world. And we have to let the "others" know just how wrong they are. Not only that, but we have to absolutely justify our opinions in the most wacky of means. "Oh, the tomato-meter is low on this particular movie...so it must be a conspiracy." "Oh, you didn't like how the Danereys storyline ended in Game of Thrones...you are just too tied to your fan theories." "The latest DC movie got bad reviews...Marvel paid off all the film critics." I read this stuff, and I can't believe that functioning human beings are actually saying these things. I can't just not look forward to the new Joker movie, I have to worship it, or I am just a biased Marveltard and that means my opinion doesn't matter.

It's weird that our entertainment consumption has come to this but hey, everybody acts like little Man-Children these days about everything. Everything is some kind of conspiracy theory. Everything we don't agree with has to be fake news. Because its only real if I deem it real, right? The freedom of speech is a very wonderful, brilliant and luxurious right to have, but we have plenty of sins to answer for. The birth of the internet has only made matters worse. Today, we can hide behind anonymity while we mercilessly bicker with people. Today, we can tell somebody off over this and that, then simply block or mute them on social media, instantly feeling like we "won" the argument afterward.

It's no secret that I am a Marvel fan. I'll even go as far to say that I prefer Marvel over DC. I just love that world and I love those characters and they appeal deeply to me. Does that automatically mean I want DC to fail? No. There's plenty of DC content I like. When I sit down to watch any movie, whether its superhero or not, whether its studio or independent or whether its foreign or domestic, I want to love the movie. I think people would be surprised how few biases I bring into the theater with me. I am also always happy to be wrong about a movie too. But no matter what my reaction is, its always honest. I am not some paid shill, I do all this blogging for free. I am not trying to sell you an agenda or break somebody down. I am just here to tell my reactions to things, good or bad. You are always more than welcome to disagree with me. Just understand that my words are never meant as a personal attack and that the things you love aren't less just because little old me doesn't care for them.

The best conversations I've ever had about film or other geeky things is with people who don't agree with me. Sometimes talking things out can lead to somebody else to unlock other ideas or catch things you didn't quite get the first time. I may never end up liking that same something, but I can at least respect the decision made. Maybe. You can have conversations like this without having the need to convert somebody. We don't all need to like the same things, if something doesn't appeal to somebody else, just move on. It's not a conspiracy, most people aren't trying to look a certain way. We have to understand that movies, music, books, comics, podcasts, shows...it all hits people in different ways. We are all different people emotionally, therefore we all react to different things, and we all need different things emotionally. Don't act like somebody killed your baby simply because they don't like the same things you do.

What kills me is that the internet and other sources play into this bickering on a high level. When somebody who works really close to Warner Brothers says "Joker is so good that it will win Oscars!" I grown out loud. That is such a wildly hyperbolic thing to say and it has no sincerity or urgency to it. How many times has an actor, director, writer, producer, whathaveyou ever mentioned a movie being bad pre-release? It literally never happens, they are supposed to say that kind of stuff. Those types of comments don't make something true simply because somebody close to production says them. Also when a website words an article a certain to draw "debate" to their comment section to drive traffic...yeah that stuff bothers me very much too.

My heart and eyes are much clearer than before on this subject. Simply put, I've been there. I've been the keyboard warrior before. I've been the asshole on the internet. I've been the troll under the bridge. I used to get carried away with the 21st Century Franchise Wars. I've said some pretty rude things to people, both accidentally and purposely, regarding pop culture. I have deemed people enemies for not thinking like me. It makes me sick, and I am genuinely sorry I have done that. From this day forward, I am quitting. I am sick of the franchise wars. I am just going to see the things I want to see and continue to like the things I like.

If you are looking forward to the "Joker" movie. Good. Go see it. Me? I am on the fence. I think Joaquin Phoenix looks good. They've got a great cast. There are some unbelievable shots in the new trailer. But it looks like they borrowed from "The King of Comedy" and "Taxi Driver" too closely. I am personally tired of sympathizing with bad guys in their prequel movies, especially somebody as vile as The Joker. The Joker was always been mysterious and to simply explain him away robs him of his power. Especially giving him such an ordinary upbrining. The whole "society is the real bad guy" motif would have been cool if I was a teenager, but it does nothing for me today. It doesn't even look like a comic book movie, it just looks like a movie about a psycho and DC is just cashing in on an iconic villain.

But, hey, that's just me. Go see it if you want to. Love it for all I care. Just know that I am going to see it too. If I like it, I will tell you. If I detest it, I will tell you. My expectations may be low now, but I am not bringing baggage to the theater. Remember I am reacting to a trailer, and when the movie comes out, the trailers will no longer matter. I am not trying to shit on anyone's feelings, this page has always been talking and celebrating film, and discussing the good and the bad and why we feel this way. I am not being paid by studios to think a certain way, and I don't let my biases rule my feelings. So don't take it as a personal attack if we end up not agreeing.

The nerds rule the world, that should be celebrated


Posted by Shawn Hoelscher at 5:46 PM