Anybody excited for The Matrix 4 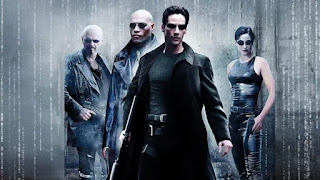 I love the whole Matrix trilogy.

There I said it.

"The Matrix" is revered as one of the finest motion pictures of the 90's. The two sequels from 2003 came with mixed results at best. But you know what, I like all of them. I recently watched the two sequels back in winter and I found myself still enjoying them. It's a fun trilogy, original in creation and huge in scale.

Despite thinking that "Revolutions" was about as good an ending this thing could conjure, we are getting a fourth Matrix film. So far, Carrie Ann-Moss is returning as Trinity and Keanu Reeves is returning as Neo. Hey, The Oracle said we'd probably see him again some day. It's science fiction, nobody ever really dies in science fiction. Lana Wachowski wrote, produced and directed the three Matrix movies with her sister Lily. Lana is attached to the fourth film in some regard, no word on Lily yet.

That's all the information we got so far, other than Warner Brothers is apparently beyond happy to jump back into the franchise. For now, I am anxiously waiting for a sequel and more details. This is small time right now, as pre-production as pre-production can be. So let's just wait and see where they go from here.

Posted by Shawn Hoelscher at 6:56 PM