How many villains will the Affleck-less "Batman" movie feature? 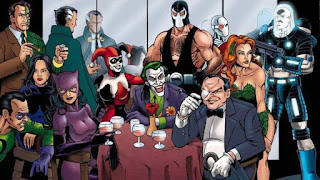 We are slowly but surely beginning to receive information on Matt Reeves' upcoming Batman movie. Yep, the solo movie that just recently lost Ben Affleck. In fact, trying to figure out this upcoming Batman movie at all has been a chore. Back in June, conflicting reports could not figure out what franchise this new film belongs to. Will the movie be a backdoor link to the upcoming "Joker" movie with Joaquin Phoenix? Will the movie still take place in the current DCEU, sharing continuity with "Justice League," "Batman vs. Superman," and "Aquaman?" Or will this be the beginning of a new universe? DC doesn't seem to have a clear plan right now, they're focusing on getting good movies into theaters. A thoughtful gesture, but one which could confuse some viewers.

But we are not going to focus too much on that, this evening. We are going to talk more about the rumor that dropped today, that this new Batman could include as many as four villains. Some fans of these movies get hung up on the villain count, because they think that will effect the script, story, and coherency. If you ask me, that really depends on how gifted the filmmakers are. "Captain America: The Winter Soldier" had roughly three villains, plus one making a cameo. Even Christopher Nolan's "Batman Begins" featured Scarecrow, Carmine Falcone, Ra's Al Ghul and a brief appearance by Victor Zasz. Hell, "The LEGO Batman Movie" featured roughly half of Batman's own rogues gallery all by itself. It really depends on how well the script is written and how well the movie is directed. Matt Reeves has made some great movies, so I am giving him the benefit of the doubt right now.

Another rumor suggests that The Penguin will be among the villains fighting Batman in this upcoming movie. A villain who has been out of the movies since "Batman Returns" in 1992, but has regained some popularity on the Fox TV show "Gotham." If we look at the two Tim Burton movies, the two Joel Schumaker movies, the three Christopher Nolan movies, and Batman's appearance in "Batman vs. Superman," we have seen the longevity of Batman's villains list. We've seen three Jokers, two Catwomen, two Bane's, a Penguin, a Mr. Freeze, a Poison Ivy, two Two-Face's, a Riddler, a Scarecrow, a Ra's Al Ghul, a Talia Ah Ghul, a KGBeast, a couple mobsters from the comics and even a reimaging of a guy created for the animated series. "Suicide Squad" featured Deadshot, Harley Quinn and Killer Croc on the team's roster, all known Batman villains. We also know in the upcoming "Birds of Prey" movie that the main villains will be Black Mask and Victor Zasz. Now, for anybody who doesn't know comics, would you believe me if I said that there are still several Bat-villains we haven't seen on the big screen yet?

Some villains that we haven't seen yet, who would be cool movie villains, include... 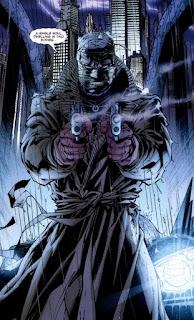 Hush- Thomas Elliot is a renowned doctor in Gotham City and the childhood best friend of Bruce Wayne. He, obviously turns evil in the comics and becomes Hush. 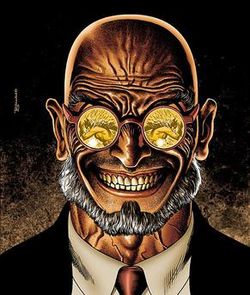 Hugo Strange- A professor who pretends to be Batman, and if I'm not mistaken, figures out Batman's identity. Don't quote me on that last part, though. 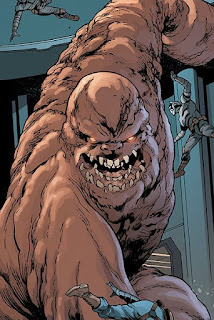 Clayface- There have been a couple versions of this guy, an actor who uses make-up to become other people. Or, the most popular version, a huge, hulking monster that looks like a walking pile of diarrhea. Any version would be cool. 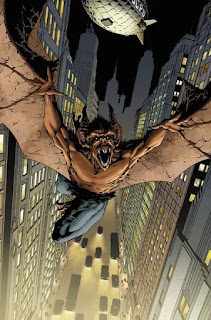 Man-Bat- Yep, he's exactly how he sounds. A man who literally turned into a giant Bat after an experiment gone wrong. 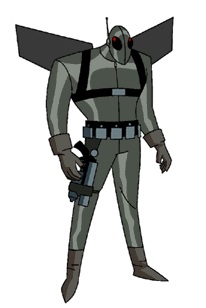 Firefly- you could say that he's Gotham's local evil pyromaniac. 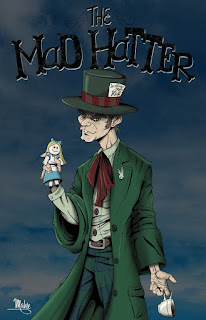 The Mad Hatter- An Alice In Wonderland themed villain. 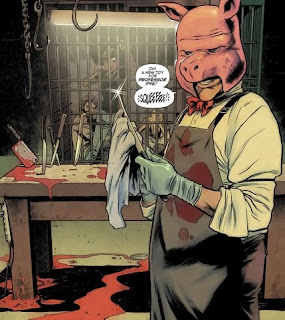 Professor Pyg- A more modern addition to Batman's rogues gallery, he's got a pig mask and he loves to kill people! 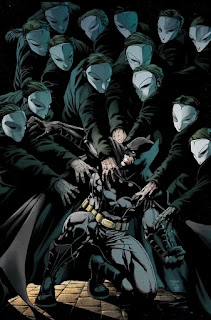 Court of Owls- A secret society of Gotham City's richest people, who secretly control things within the city and abroad. Apparently they've been doing this for centuries. 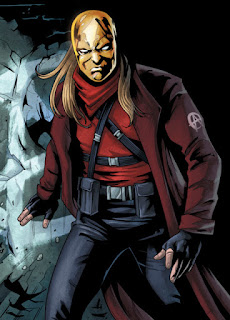 These are just some of the many Batman villains we have yet to see on the big screen. But perhaps Matt Reeves will give us updates on guys like The Riddler or Mr. Freeze, guys we haven't seen since the 1990's. The list above is just some villains I'd love to see translated out to the big screen. Or maybe I have this all wrong and Matt Reeves is planning on giving us Kite Man, Polka Dot Man and the Condiment King. Yes, those are all real Batman villains. Yes, they are exactly how they sound. Who knows. What I do know is that casting is going to begin very soon for this movie, so hopefully we will learn more about it very soon. Which Batman villains would like to see?