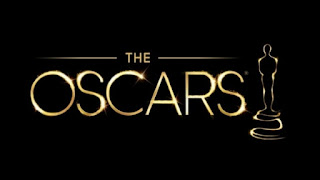 Its that time of year again, folks!

I am not going to spend too much time on a preamble. Last month, I discussed these nominees. We know that history has the potential to be made tomorrow night. We know the players, and we know the snubs. We know that this will be host-less season. Since the day I posted my end-of-the-year list for 2018 up until now, I have been catching up on movies I missed. I've been paying close attention to who has been winning and not winning during the earlier award circuit. So I feel ready to make these predictions. There is one in particular I am going against popular vote, because if the popular vote is wrong on this particular category this year, it will be in good service to the Oscars.


Best Picture
"Black Panther"
"A Star is Born"
"Roma"
"The Favourite"
"Vice"
"Bohemian Rhapsody"
"Green Book"
"BlackKklansmen"
WHO WILL WIN? Roma
WHO COULD WIN? Green Book...or Black Panther...or The Favourite
WHO SHOULD WIN? BlackKklansman
I will go ahead and say "Roma" will also most likely take best Foreign Language Film this year. We don't usually get an international title in the Best Picture race. But "Roma" has been wildly popular, and perhaps history will be made with "Roma" getting the two big wins. BUT this year seems almost impossible to predict. Maybe history will be made with "Black Panther" as the first superhero movie. Or "Green Book" will win. Lot of the movies on this line-up have been winning various other award shows, so it really is one massive, clusterfuck toss-up.

Best Leading Actress
Glenn Close, "The Wife"
Lady Gaga, "A Star is Born"
Yalitza Aparicio, "Roma"
Olivia Colman, "The Favourite"
Melissa McCarthy, "Can You Ever Forgive Me?"
WHO WILL WIN: Olivia Colman (Glenn Close)
WHO COULD WIN: Glenn Close
WHO SHOULD WIN: Lady Gaga
Okay, I am going out on a HUGE limb here. I know Glen Close is the popular choice to win tomorrow. She's been winning other awards left and right. I am completely stupid to bet against her. Plus, Glenn Close has been nominated so much in the past that it will more than likely be her time tomorrow night. BUT, I've been hearing popularity around Colman, and I've heard some voters weren't too impressed with "The Wife." If Glenn Close doesn't win tonight, then film scholars in the future will look over her career, and when they see that win for "The Wife," they'll think..."she won for that?"

Best Leading Actor
Christian Bale, "Vice"
Bradley Cooper, "A Star is Born"
Viggo Mortensen, "Green Book"
Rami Malek, "Bohemian Rhapsody"
Willem Dafoe, "At Eternety's Gate"
WHO WILL WIN: Rami Malek
WHO COULD WIN: Willem Dafoe or Christian Bale
WHO SHOULD WIN: Viggo Mortensen
Some people thought I was crazy, but something told me that we'd be talking about Rami Malek's performance from "Bohemian Rhapsody," and why not? It's easily the best thing about the movie, the thing I gravitate toward's the most. He's been much more popular than I thought he'd be on the trail, and I think he's got the biggest shot to win.

Best Supporting Actress
Amy Adams, "Vice"
Marina de Tavira, "Roma"
Regina King, "If Beale Street Could Talk"
Emma Stone, "The Favourite"
Rachel Weisz, "The Favourite"
WHO WILL WIN: Regina King
WHO COULD WIN: Rachel Weisz
WHO SHOULD WIN: Rachel Weisz
More often than not, if you are a first-time nominee in an acting category, you will usually win a Supporting Actor before a Lead Actor statue. Regina seems to be the only one in the conversation for the win tomorrow night, and she's the safest bet to win. BUT upsets DO happen, and I think if anyone upsets, it will be Weisz. She certainly deserves it.

Best Supporting Actor
Mahershala Ali, "Green Book"
Adam Driver, "BlackKklansmen"
Sam Elliot, "A Star is Born"
Richard E. Grant, "Can You Ever Forgive Me?"
Sam Rockwell, "Vice"
WHO WILL WIN: Mahershala Ali
WHO COULD WIN: Richard E. Grant
WHO SHOULD WIN: Richard E. Grant
Now I know, it's really rare for a winner who won only a few years ago to win again so soon. But, "rare" is the important word there, not "never." Christoph Waltz won two Supporting Actor statutes fairly close together in recent years, so let's stop acting like it never happens. Mahershala Ali has been very, very popular and has been stacking up wins in the other shows as well this season. But I've read that Oscar voters also really liked Grant, so if anybody upsets, it will be Grant.

Best Original Screenplay
"First Reformed"
"Green Book"
"Roma"
"Vice"
"The Favourite"
WHO WILL WIN: The Favourite
WHO COULD WIN: Roma
WHO SHOULD WIN: First Reformed
This is really popular and one of the biggest sure things of tomorrow night. I understand why, its a very playful script. But good god, I'd be lying if I didn't think that Paul Shraders First Reformed is getting heavily overlooked.

Best Animated Movie
"The Incredibles 2"
"Spider-Man: Into The Spider-Verse"
"Isle of Dogs"
"Mirai"
"Ralph Breaks The Internet"
WHO WILL WIN: SPider-Man: Into The Spider-Verse
WHO COULD WIN: The Incredibles 2 or Ralph Breaks The Internet
WHO SHOULD WIN: Spider-Man: Into The Spider-Verse
Let's not kid ourselves, ladies and gentlemen, Spider-Man was THE animated movie of 2018. It just was. What is blowing my mind right now that it actually has the best chance to win. I can't believe it is true, but it is. It's been winning left and right on the other award circuit shows. BUT sometimes the Academy throws a curve-ball and I would not be surprised at all if Academy voters found it too weird, so they give the statue to one of the Disney movies. I hope that doesn't happen, because Spidey deserves this.

Best Cinematography
"Roma"
"Cold War"
"Never Look Away"
"The Favourite"
"A Star Is Born"
WHO WILL WIN: Roma
WHO COULD WIN: Cold War
WHO SHOULD WIN: Roma
Even though its a black-and-white movie, "Roma" is most gorgeous movie to look all year.

Best Visual Effects
"Avengers: Infinity War"
"Ready Player One"
"First Man"
"Solo: A Star Wars Story"
"Christopher Robin"
WHO WILL WIN:Avengers: Infinity War
WHO COULD WIN: First Man
WHO SHOULD WIN: Avengers Infinity War
It's been a long time coming, but I am happy to report that the Marvel Cinematic Universe will pick up their first Academy win tomorrow night. I can't freaking wait because this franchise has deserved it for awhile. It really is a summation of just how awesome visual effects have become over the years, and if any movie was going to give your eyes erections this year, it was Infinity War. But if voters decide to go more practical, then "First Man" will win.

Best Foreign Language Film
"Roma"
"Cold War"
"Never Look Away"
"Shoplifters"
"Capernaum"
WHO WILL WIN: Roma
WHO COULD WIN: Cold War
WHO SHOULD WIN: Roma
This is truly only between "Cold War" and "Roma," as it should be. The two best international movies all year. If "Cold War" ends up taking it, I wonder if that will allude that "Roma" really has the best chance of getting best picture. Or like I said above, it will get two wins.

Best Documentary Feature
"Free Solo"
"Minding The Gap"
"RBG"
"Father and Son"
"Hale Country This Morning, This Evening"
WHO WILL WIN: RBG
WHO COULD WIN: Minding The Gap or Free Solo
WHO SHOULD WIN: Minding The Gap
This is another category of this year that I really think is up in the air, and no matter what you put as your predict choice, its 50/50 for everyone. My heart is screaming "Minding The Gap," absolutely my favorite documentary from that bunch of nominees. But, it sounds like its just not getting the popularity or traction according to some Academy analysts. The favorites are "RBG" and "Free Solo" and it seems other predictors are split down the middle on those. Some analysts have also guessed "Minding The Gap" and since I loved it the most out of those nominees, I am putting it down. Hard getting your heart and head together sometimes. But the Academy has already did a great disservice to this category by NOT including "Won't You Be My Neighbor?" So I really don't care who wins this.

Best Original Song
"Shallow" from A Star is Born
"I'll Fight" from RBG
"All The Stars" from Black Panther
"The Place Where Lost Things Go" from Mary Poppins Returns
"When a Cowboy Trades His Spurs For Wings" from The Ballad of Buster Scruggs
WHO WILL/COULD/SHOULD WIN: Shallow from A Star Is Born
There is no way anything else is winning in this category tomorrow night. NO. WAY.

Best Adapted Screenplay
"The Ballad of Buster Scruggs"
"BlackKklansmen"
"Can You Ever Forgive Me?"
"If Beale Street Could Talk"
"A Star is Born"
WHO WILL WIN: BlackKklansman
WHO COULD WIN: A Star Is Born
WHO SHOULD WIN: BlackKklansman
One of the reasons I love this movie so goddamn much is because the script is so infectious. I believe firmly "BlackKklansman" wins this tomorrow and I am totally not alone!


Make Up and Hairstyling
"Border"
"Mary Queen of Scots"
"Vice"
WHO WILL WIN: Vice
WHO COULD WIN: Border
WHO SHOULD WIN: Vice
I mean have you seen Christian Bale's transformation in this movie. Come on, that's impressive. No matter what.

Again, the shorts I am pretty no good at, so I just go with what the analysts are saying. For ANIMATED SHORT, I pick "Bao" for LIVE ACTION SHORT, I pick "Mother"

Okay, so let's see how I do tomorrow night, should be one wild night tomorrow night. Do you agree? Disagree with my choices? What do you predict happens tomorrow?
Posted by Shawn Hoelscher at 6:13 PM