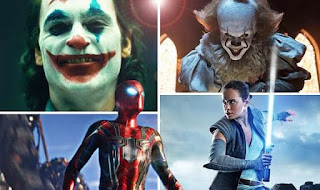 Just as I love discussing the movies I loved when a year ends and picking the big winners, I also love looking ahead to the future. 2019 is looking to be stacked year, and if it all works out, a very memorable one. No pressure to anybody working on any movies whatsoever.

It seems fitting that 2019 will mark the end of a decade that began in 2010 and the 2020's will officially begin after. Fitting because in 2019 we will get the final chapter of the Skywalker-Rey-Finn Star Wars saga (unless Disney surprises us and adds Episodes 10, 11 and 12), its the final chapter of "Game of Thrones", the final Chapter of "IT" and even though Kevin Feige and Disney are planning movies for the Marvel Cinematic Universe well into 2028, "Avengers: Endgame" will definitely end an era that began in 2008. Whatever the MCU has in store for the future, its going to look mighty different, at least that's what's been promised. So in a year so titular, why not end things with a bang?

This year, I am going to go through each month of the calendar and discuss what I think will be the most talked about movies this year and things I'm personally excited to see. As always, get ready to mark your calendars!

January 18th- "Glass"
Since 2000, M. Night Shymalan has promised and promised a sequel to "Unbreakable." While it took a loophole from another movie and much time, he will be delivering on that promise at last. A sequel to both "Unbreakable" and "Split" a little deconstructionist superhero movies is exactly what we need right now!


This is a remake of a 2011 Mexican drug movie. I LOVE the original, hopefully this can be done justice.

This is a remake of a 1990's horror film. I liked the original, but its a movie you either love or hate, I wonder what new things they can bring to this updated version.

February 8th- "What Men Want"
A remake of the old Mel Gibson movie "What Women Want" with a swapped gender. I guess I'm interested?

This one has been pushed back from last year to this year, that usually spells disaster, but maybe they averted from it? The visuals look cool, but I feel like this is something we've seen plenty of already.

I never saw the first film, but I actually heard it was better than expected, so I may track the first film down and watch it before this.

February 22nd- "How To Train Your Dragon: The Hidden World"

As always, Make Mine Marvel!

Jordan Peele, fresh off an Academy Award win for his social satire-horror film "Get Out" comes his next horror movie. Since Christmas, the internet has gone crazy trying to figure out the film's secrets and what it could possibly be about. This is something I'm most excited for.

March 29th- "Dumbo"
Disney's live-action nostalgia kick keeps on trucking. Even though I didn't really care for Tim Burton's revisit to "Alice in Wonderland," I am intrigued by this. Burton working once again with Michael Keaton and Danny DeVito should be good.

We may be viewing a turning point for the DCEU and I am more than happy to be apart of it.

If this is half as creepy as the original movie or half has horrifying as Stephen King's novel, then horror fans will be in for a treat this Spring!

Okay, real time. I am so disappointed that we didn't get to see the conclusion of Guillermo del Toro's "Hellboy" series. That said, I am a fan David Harbour and I am looking forward to more Hellboy.

Its all been leading us to this. What a beautiful ride this Marvel Cinematic Universe has been, and as we lead ourselves into a brand new era, I am more than confident the Russo Brothers are going to stick the landing on this one. And Marvel fans will be rewarded for watching this franchise come to life for the last 11 years!

Perhaps this is one of those ideas so ludicrous that it might actually work? It certainly looks fun

Any year with more John Wick should be a good one.

Like I said, the Disney live-action nostalgia run continues

A superhero-ish film from the one and only James Gunn? Sign me up!

May 31st- "Godzilla: King of Monsters"

I was a big fan of the 2014 film. I can always use more monster mayhem

Meh. This is the first X-Men movie that just looks average to me. Hoping for the best though.

I did enjoy the first one, I don't know if its needs a sequel though.

Three generations of Shaft. This will be worth seeing just to see Samuel L. Jackson and Richard Roundtree share screen time together.

I hated the idea from the beginning. But both Tom Hanks and Tim Allen are promising something "profound." I'm gonna hold them to it.

The sequels were just okay, does this really warrant a remake? 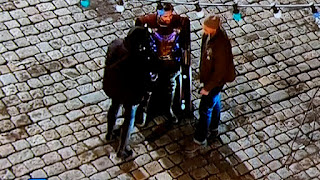 The sequel to "Spider-Man: Homecoming" and post-Infinity MCU film. Tom Holland, Michael Keaton, Jacob Batalon and Zendaya are returning. Jake Gyllenhaal appears as Mysterio (although according to rumors, Mysterio is NOT a villain.) Samuel L. Jackson and Cobie Smulders will also appear. Which I guess gives away that Thanos' snap will indeed be reversed?

July 19th- "The Lion King"
Okay, last one. I promise. Disney's live-action Nostalgia. Last one of the year.

July 26th- "Once Upon A Time In Hollywood"

A new Quentin Tarantino movie. Following a struggling actor and his best friend stunt double as he tries to make it big, all the while The Charles Manson murders are happening! Once again, Tarantino has assembled a great cast. Leonardo DiCaprio, Brad Pitt, Margot Robbie, Tim Roth, Damien Lewis, Michael Madsen and Kurt Russell are just some of the stars who will turn up. Can't wait for the first trailer! 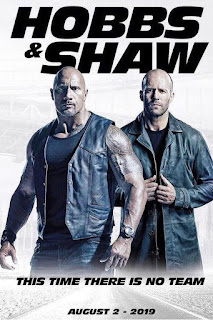 Yep. Because a "Fast And Furious" spin-off is just what the doctor ordered.

A Marvel horror movie. Should be cool!

I can't really remember the cool, but this does look cool and I applaud Disney for making an Anti-hero movie.

August 9th- "Scary Stories To Tell In The Dark" 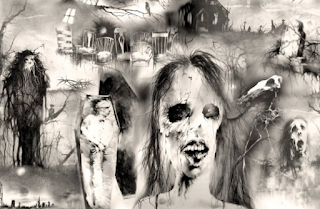 This book, I actually do remember though, its one of my fondest memories growing up. So glad Guillermo del Toro is in charge! 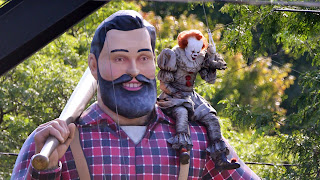 The epic conclusion to the Stephen King adaptation. James McAvoy, Jessica Chastain and Bill Hader will just be some of the adult Losers Club cast. Plus the director promises a darker, more disturbing movie. He also says we will get the Ritual of the Chud, which will ring a bell to fans of the book. This is going to be one creepy, strange conclusion and I can't fucking wait! 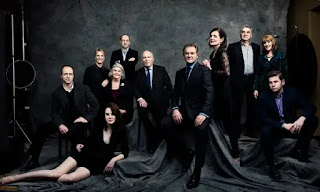 The story continues in movie form!

I don't care what names are attached, I am not sure I am totally onboard for this. 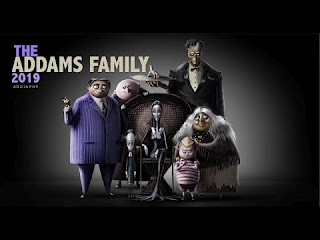 With the cast they put together for this, I am a little disappointed its animated. (Come on, Oscar Isaac TOTALLY looks like Gomez Addams) I still look forward to seeing this. 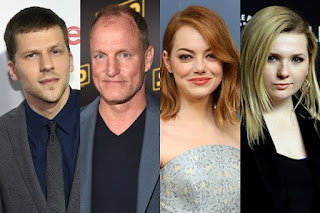 Everyone's favorite zombie hunters are returning for a sequel! So is Bill Murray evidently (zombie Murray?) And Dan Aykroyd will play himself! 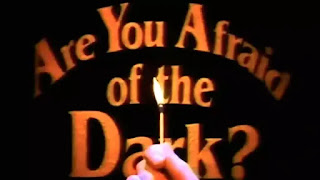 Yep. A movie based on the old show is coming this October. Apparently, it will not be based on any of the old episodes and will tell an original story. So it will be a horror movie that is cashing in on an nostalgic name??

October 18th- "A Beautiful Day in the Neighborhood" 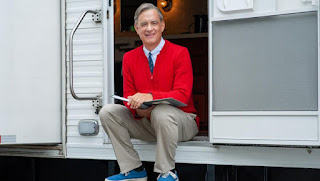 A biopic about Fred Rogers life! A year after his great documentary is released. As much as I love Tom Hanks, I don't know if he screams Fred Rogers. He must be going full method actor, but I am interested in seeing a trailer. I hope they do well with this! 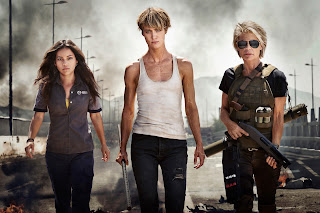 Well, I am glad that Linda Hamilton is coming back, I will say that much. But let's be honest, this franchise hasn't been exciting in over a decade. It will certainly be talked about, that's for sure. But I think I can wait on this one. 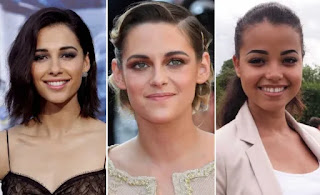 Any fun that could possibly be had with this idea is going to evaporate fast with Kristen Stewart, who has as much acting talent as a piece of loin cloth. I hope I'm wrong, but I have my doubts on this project. 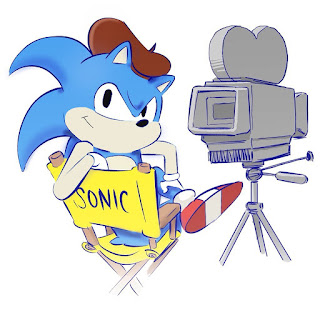 Not a ton of information on this yet. I don't know if it will be animated or live action. But we'll see how this goes! 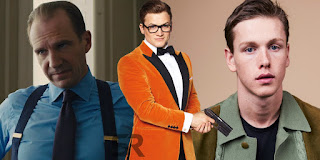 A new "Kingsman" movie? Cool! Its going to be a prequel? Boo! I hate prequels, but I am hoping for the best here! 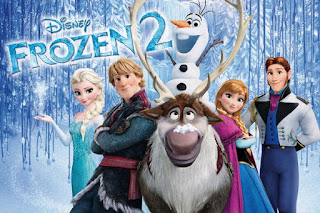 This movie came out when I first began working as a daycare teacher, and let me tell you it got under my skin quick. So I guess I have to get ready to go crazy all over again. Story details are secret right now, but the original cast is returning and Sterling K. Brown is joining! 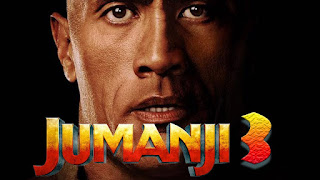 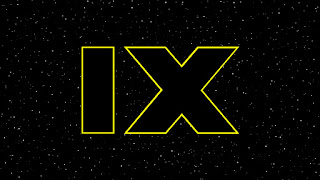 Okay, okay, I wasn't the biggest admirer of "The Last Jedi." But I still love this story and this franchise. I hope they end things on a high note. J.J. Abrams is returning to direct, who made "The Force Awakens." I hope he can end things on a good note here! 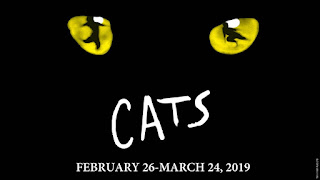 Cats. The musical turning into the movie. With Taylor Swift and Jennifer Hudson, no less. Yay? 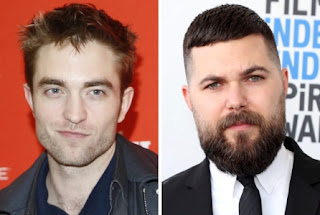 Robert Eggers (on the top right) wrote and directed "The Witch." A movie which in my opinion is not only one of the best modern horror movies in a long time, but one of the movies of the decade. He is returning in 2019 with an original idea. It's called "The Lighthouse." It is going to star Robert Pattinson and Willem Dafoe. It will be a dark fantasy horror movie. It will be shot on 35mm instead of the modern digital cameras mainly used today. So expect an old style look to the movie. Yeah, I really can't wait for this one.


Mark your calendars all!

Which films are you most excited for?

Posted by Shawn Hoelscher at 5:18 PM