So...Ben Affleck is out as Batman? 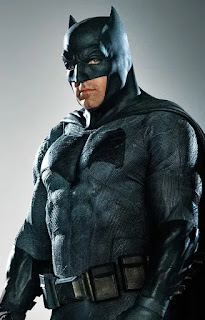 Just another reason why DCEU has been a clusterfuck since its inception.

Kinda sad though, because it seems like this franchise was slowly coming out of its Dark Age. "Wonder Woman" was great, "Justice League" was so-so but not awful, and "Aquaman" is tearing up the box office in way some of its predecessors haven't. We've been hearing for some time now that either Ben Affleck is leaving Batman or he is going to make a Batman movie. Well, it seems now that the ride is over. Ben Affleck announced on his Twitter page that he is officially done with the character. You can read his Tweets in the article here: https://people.com/movies/ben-affleck-hints-hes-done-with-batman/

This kind of makes me sad. I don't understand why so many people were so against Ben Affleck as Batman. I guess they never saw "Gone Girl" or "Argo" or "The Town" and never saw just how badass Affleck can be. I guess they never saw "Dazed and Confused" or "Dogma" and saw what he could do with a huge host of different characters. Have I loved everything the guy has ever done? No. But every artist in this town, no matter how amazing or talented they are, fumbles from time to time. Did he have a reputation for crying lots? Sure, but does that mean he's suddenly wrong for the Caped Crusader?

I want to love this franchise. And who knows, maybe the DCEU can back-peddle from this well. I mean, the MCU moved on without Edward Norton, Terrance Howard, Joshua Dallas and Hugo Weaving just fine, without anyone hardly noticing. So perhaps the DCEU will move on just fine. I am still looking forward to the solo Batman movie coming up. Simply because I am a Batman maniac and I love Matt Reeves, and I think he'll make something truly spectacular. But I will miss everything Affleck poured into the role already. It just never seems like somebody stays in the role for too long.
Posted by Shawn Hoelscher at 9:23 AM