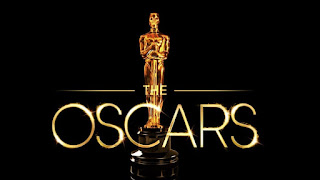 So this year's Academy Awards may be having a hard time getting a host booked for the event, but at least there were some pleasant surprises as far as nominations go this year. Let's take a look at the nominations.

Best Adapted Screenplay
"The Ballad of Buster Scruggs"
"BlackKklansmen"
"Can You Ever Forgive Me?"
"If Beale Street Could Talk"
"A Star is Born"

Make Up and Hairstyling
"Border"
"Mary Queen of Scots"
"Vice"


First and foremost, holy shit. History has been made today. "Black Panther" has become the first superhero movie to ever be nominated Best Picture at the Oscars. This is a huge, huge deal. The snobbish and prickish Academy has finally validated that superhero movies are much more than superpowered people putting on colorful outfits and beating each other up. It couldn't have happened for a better superhero movie either, "Black Panther" isn't getting this much attention because of its nearly all-black cast, its a superhero movie that ignores superhero formula but also abides by those rules at the same time. There isn't another superhero movie like it, and I'm so happy that its being represented like this. Its got a ton of nominations as you can see and that music to my ears.

The other big surprise was "Roma" getting so many nominations. First of all, "Roma" is a Netflix film and for many years now, no award ceremony has taken Netflix movies seriously at all. But "Roma" is so amazing that its hard to ignore. Second of all, sadly foreign movies are more often than not regulated to only the Best Foreign Language oscar only. As if foreign movies can only be represented in one category. Both "Roma" and "Cold War" are two movies from other countries that received multiple nominations. That's huge, and much needed this year. No doubt that The Best Foreign Language winner will between "Roma" and "Cold War" deservedly so. But sorry "Cold War," I love you but "Roma" is winning that for sure.

The rest of the nominations are predictable Academy Award fare. Awards pandering films like "Green Book" and "The Favourite" and "Bohemian Rhapsody" are widely represented. Those are just the types of movies that get nominated for this. I'm glad that the Academy didn't go overboard with the pandering movies though. Films like "Boy Erased" and "Ben is Back" and "A Private War" are movies designed for these, but its clear which movies were better this year. I will even go as far to say that I'm surprised that "Boy Erased" didn't get an original song nomination for "Revelation." No matter what, that's actually a really good song, and I figured it would be a shoe-in.

In speaking of that...let's get to the snubs. John David Washington, John David Washington, John David Washington. How this guy didn't nominated for Best Actor for his work in "BlackKklansman" is beyond my ability to understand. I know I was one of the only advocates for "Beautiful Boy" but I still firmly believe that Steve Carell should have been nominated for Best Actor and Timothee Chalamet for Supporting Actor for that movie, they both did excellent work. I don't get why "Won't You Be My Neighbor?" or "Three Identical Strangers" didn't get nominated for Documentary Feature. While I'm glad that "Spider-Man: Into The Spider-Verse" got its animated nomination, I would say that Blackway & Black Caviar's "What's Up Danger?" should have been nominated for Original Song, or even "Sunflower" by Post Malone.

Not to mention...like every year...my favorite film of the year gets zero nominations. I don't get how "Annihilation" didn't even get a Visual Effects nomination. I would have nominated Natalie Portman for Lead Actress, Jennifer Jason Leigh for Supporting and Original score for "Annihilation." Oh and definitely Alex Garland for a Best Director nod. Oh, and the Mutant Bear should have got a Supporting Actor nod!

What do you think of the nominations?
Posted by Shawn Hoelscher at 7:33 AM