Avengers 4 trailer is here...and the official title is... 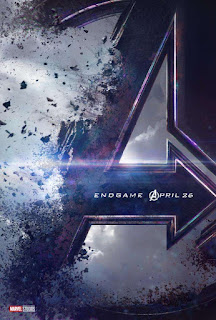 It was back in October 2014 when Kevin Feige announced the future of the Marvel Cinematic Universe Phase Three. He announced we'd get movies like "Doctor Strange" and "Thor: Ragnarok." He told us "Black Panther" and "Captain Marvel" and "Captain America: The Serpent Society" were on the way. By the end of the night, even that was a huge joke...leading the official announcement of "Captain America: Civil War." There was even an announcement for an "Inhumans" movie that never happened. But the biggest announcement of that night was announcing "Avengers: Infinity War" and at the time we'd get "Infinity War: Part I" in 2018 and "Infinity War: Part II" in 2019.

Since then, Marvel has done some course correcting. They made room for "Spider-Man" and more "Ant-Man." They took "Inhumans" out. They bumped "Black Panther" to a different release date. Things have been moving along and we finally got to "Avengers: Infinity War" last year. Which ended on a crazy cliffhanger. Long before the release of "Infinity War," Marvel announced that the fourth Avengers film would not be Part II. That the fourth film would have a style and story of its own. The title has been kept secret, for almost a year. I was kind of baffled. Infinity War ended on a cliffhanger, of course this is Part II even if they didn't want to call it Part II.

Speculation went into overdrive. What will the movie be called? Some said "Infinity Gauntlet" following the stories in the comics. Some suggested "Annihilation" and even "Endgame" became popular. Well, everyone that guessed "Endgame" ended up being correct. It was announced with the first teaser trailer that "Avengers 4" is officially called "Avengers: Endgame" and it will be arriving in theaters on April 26th, 2019. I can't fucking wait.

Some Marvel fans have been picky about this trailer. I get it, even if I wholeheartedly disagree. They are called "TEASER TRAILERS" for a reason. They are meant to tease, and I think it certainly did that. None of our surviving heroes are in a good place. Stark is stuck in space, presumably with Nebula, and he's running low on food, oxygen and morale. Back on Earth, Banner, Black Widow and Cap are all crying and distraught. Their Avengers building in upstate New York all but abandoned. Thor wears street clothes, looking sad. We only see Thanos' armor hung like a statue to be canonized and worshipped. While we see only his arm, still donning the destroyed Infinity Gauntlet, walking around his planet. There are absolutely no action pieces, and there is real not indicator of where the storyline is going to go. I was a little disappointed to see no sign of Rocket either.

But we DID see Hawkeye, but he's not Hawkeye anymore. He's in his full Ronin gear, and he's looking sad. The main theory that I am sure is correct is that Hawkeye's family that we met in "Age of Ultron" disappeared after Thanos' snap, which of course led Hawkeye to mentally snap. But man, does he look cool in his Ronin garb.

No sign of Captain Marvel either, but I am sure Marvel will release a full "Endgame" trailer in March, presumably sometime after the release of her movie on March 8th. Rest assured though guys, Brie Larson is set to appear in the fourth film. Nick Fury didn't call her for no reason.

I love this trailer. I love that we finally got something. Its small, but its breaking the internet faster than Wreck-It Ralph did. It's setting a huge tone and I can't wait to discuss what else happens, what the story will be and what certain scenes mean. (There is a big theory going around that the Scott Lang we see in the trailer isn't really Scott, but a Skrull) So have fun hatching those and Marvel has done it again.


Posted by Shawn Hoelscher at 6:18 PM