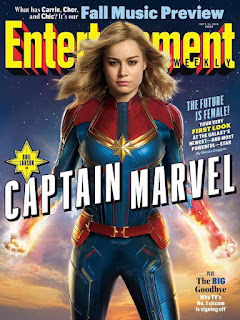 Yesterday, Entertainment Weekly gave us our first look at "Captain Marvel." The upcoming superhero movie to take place in the Marvel Cinematic Universe this March. The day before yesterday, star Brie Larson had some fun on Twitter with Entertainment Weekly. They were getting everybody ready and hyped up for the big announcement yesterday. We got some stills from the movie as well as some information from the movie.

It looks like "Captain Marvel" WILL NOT be an origin story. Which is an interesting take. I guess we've reached the point that we can make these movies where every superhero doesn't need an origin story. I am sure everything important that needs to be explained will be explained. But its certainly a bold choice to make her debut without the usual origin story. We got our first look at the Skrulls, the shapeshifting aliens who will be the villains in the movie. We also got a look Samuel L. Jackson as younger Nick Fury. He has digitally de-aged 25 years, as will Clark Gregg, the first time this has happened in a movie. 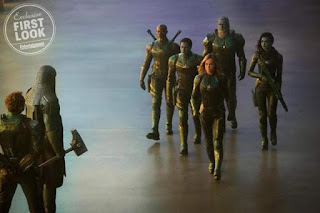 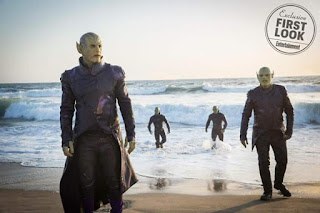 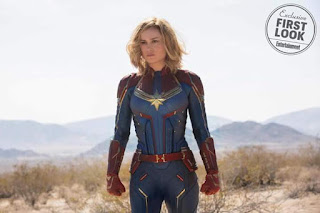 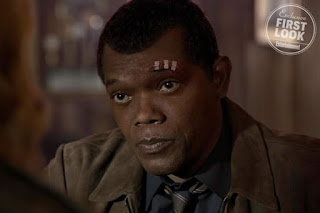 We also get our first look at Jude Law as Mar-Vell. As well as some familiar faces if you know your Marvel movies. I think Larson looks awesome! I am very curious to see a trailer now! Which If I could guess, will probably be heading our way soon!
Posted by Shawn Hoelscher at 10:15 AM