Post- Infinity War: Where In The World Is Clint Barton? 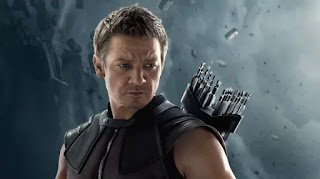 One of the biggest questions fans of "Avengers: Infinity War" raised was where Clint Barton AKA Hawkeye was during the war. Jeremy Renner was on the list of actors who were going to appear in "Infinity War," but when he didn't appear in any of the trailers, suspicion ran wild all over the internet. The Russo Brothers, who directed the film, assured that Hawkeye was active and that he was on a personal mission. Yet, whatever this personal mission was, it didn't appear in the film. Those of us have been scratching our heads wondering where he is, and also wondering if he's even still alive after the events of Infinity War.

Some concept art for "Avengers 4," that remains untitled at the moment, show that Hawkeye will be rejoining his allies for "Avengers 4." Not only that, but much like Captain America adopting his Nomad persona from the comic books, Hawkeye also went by a different name for a little while in the comics. That name was Ronin. 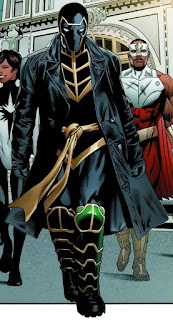 In the comics, Clint Barton became Ronin after he rejoined the Avengers after the first Marvel Civil War. Not only did he continue to be a master archer, but he was taught by a Japanese swordsman the ways of the kitana. Some recent behind-the-scenes photos have surfaced with Jeremy Renner on set of "Avengers 4." Take a look at the comic Ronin picture then take a look at Jeremy Renner coming to work. 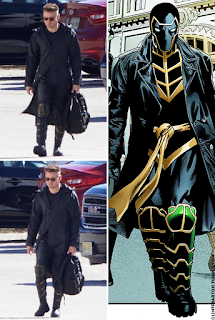 Renner is definitely wearing Ronin boots in that picture.

Japanese actor Hiroyuki Sanada is in "Avengers 4" in an undisclosed role. With the light that Renner is probably adopting the Ronin persona, I wonder if Sanada will play the man responsible for training Hawkeye to become Ronin. Another big rumor is that the shape-shifting aliens called The Skrulls may appear briefly in "Avengers 4." These shape-shifting aliens can take the form of any organism (hence shape-shifters), and there is a rumor going around that Hawkeye/Ronin maybe in Japan sometime in "Avengers 4" fighting Skrulls disguised as Yakuza. The Skrulls will be introduced in the MCU in "Captain Marvel" coming out this March.

During the post-credit scene in "Infinity War," I always wondered why Nick Fury was calling for Captain Marvel after Thanos snapped his fingers. I mean, if Captain Marvel has been active since the 1990's, why didn't Fury call her during the Battle of New York? Or when Ultron attacked? Or when Hydra nearly took over? Its somewhat been confirmed that Nick Fury called Captain Marvel because he thought what Thanos did was actually the Skrulls. Which I guess I'll buy, but I think Marvel has to be careful how far they reach into the past with their storytelling. But hey, that's a different topic for a different time.

So what are we thinking Marvel fans? I think its safe to say that Hawkeye will be Ronin. But I do wonder if we will see the Skrulls in "Avengers 4." I wonder if the next big storyline will be Secret Invasion!

Here's a rumor article that inspired this discussion
https://www.looper.com/125832/avengers-4-spoilers-rumors/
Posted by Shawn Hoelscher at 7:58 PM