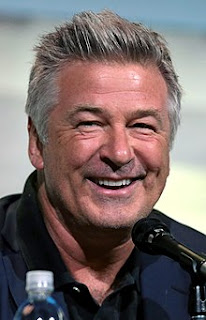 Looks like the legendary, Donald Trump impersonating Alec Baldwin will be joining the Joker movie with Joaquin Phoenix, to be directed by "Hangover's" Todd Philips and produced by equally legendary Martin Scorsese. The word on the street is that Baldwin will play Thomas Wayne, the father of Bruce Wayne. So yes, it looks like they are going full origin for this story, as Thomas Wayne isn't dead yet. Whether or not we'll see a little Bruce Wayne running around remains to be seen. But as it has been rumored, this is intended to be an origin story. It will apparently be loosely based on the famous origin Joker comic, "The Killing Joke," written by the amazing Alan Moore. Which has all but been canonized as Joker's true origin.

What do I think? Well Alec Baldwin is great in everything he does, so its definitely a plus. This origin movie though is just a huge question mark for me. Especially since Jared Leto's Joker isn't going anywhere. It's still strongly rumored that Leto will have a solo movie with Margot Robbie's Harley Quinn and will also appear in the sequel to "Suicide Squad." So what is with all the Joker mania going on over at DC? Can't figure it out.

I guess because its one of the most popular villains ever that the studios feel the need to cash in on this nostalgic time we are living in?

Only time will tell, but I still don't get the point of this origin story, even if it has a bunch of cool people attached to it.

Still, Alec Baldwin is a good get.


Posted by Shawn Hoelscher at 8:43 PM