Who Played It Best? Lara Croft 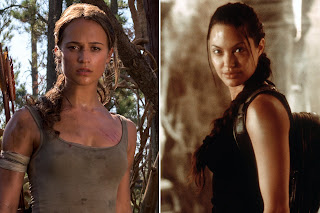 I will say this about the video game genre, it has stayed persistent despite being solely unpopular over the years. In this new age of starting a brand in Hollywood, building franchise after franchise, and getting your studio set for a decade, I would never have thought that would mean a rebirth for "Tomb Raider," especially since the Jolie movies, whether you liked them or not, were not that popular. I guess since the video games continue to stay popular, it meant to make more movies. That means multiple people playing the same character. Jolie may have got the ball rolling playing everyone's favorite tomb raider, but Academy Award winning Alicia Vikander has played the character last. So I have to ask the question, you played Lara Croft the best?

My Two Cents
Yes, Jolie was there first, but Jolie is also one of those actresses who adapts much of her same persona to each role. That's not to say that she's bad or that she's never stuck out, but she mostly plays to the same strengths and rarely takes a risk. She played up the movie star persona very much in her version of Lara Croft. Alicia Vikander, on the other hand, created a willfully vulnerable and organic Lara Croft. The movie took the time to really build Croft as a character, and it payed off very much. In my original review, I praised Vikander's work in the movie, and I truly mean it. She made a character I think most people can really identify with. Therefore, its an easy decision for me, Vikander blows Jolie out of the water.

Agree? Disagree? Fire off in the comment section below. You can also send me your decision via email at bloggershawn@gmail.com. You will have a full week to vote. 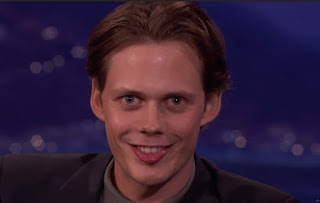