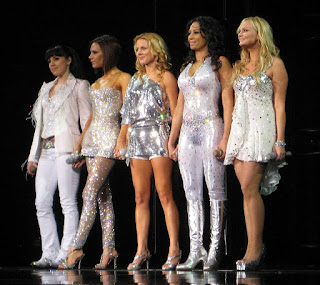 So I can't say that I was a Spice Girls fan, but their popularity in the 1990s was unavoidable. They took pop music by storm as I growing up. I remember "Spice World" was a movie that came out in 1997. It was panned by critics but I don't really remember its box office intake. I couldn't imagine what fans felt when the girls broke up in the early 2000's. I figured "Spice World" would be a movie of its time and we'd never see anything like it again from the Spice Girls.

Today, there is a massive demand for superheroes. So, I suppose that it doesn't surprise me that we are going to get a Spice Girls movie where they will voice superheroes?

All five spice girls have signed on their likeness for the animation as well as their voices for this superhero movie. There are no other details at this time.

Did anybody ask for this? Even the old Spice Girls fans? Anybody?