When I am asked what my favorite animated kids movie is, one of the movies I hold pretty high on my list is "The Incredibles." I love that it was a surface superhero movie, but it was also a very smart fable about what's expected of us and how responsibility leaps onto us at a moments notice. How expectations may not be what we always suspect. I love the movie. I have dreamed of a new movie for a very long time, and finally, over a decade later. We are getting it.


This looks like it could be a lot of fun. Plus, I love the posters below, I want them. 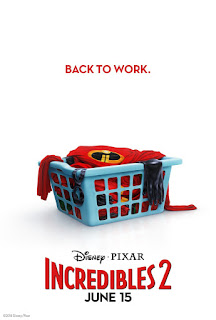 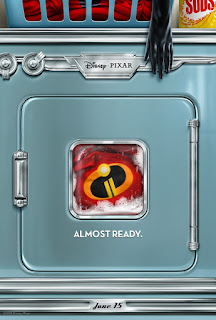 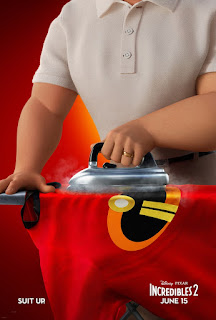 I literally want all three of them. They are perfect.

The only thing I do worry about is that it will essentially be a different version of the first film. I guess that's an unnecessary evil in this business. I have lamented before how much I find it to be lazy when a sequel just treads water instead of pushing our characters in a new direction or highlight something in the characters that didn't happen in the first film. The Pixar sequels, other than the "Toy Story" sequels, haven't held the same traction as their predecessors. The sequels have been safer and lazier than before. I was hoping Pixar would just deal in original ideas, but sequels were going to happen eventually. I have a huge love for the first film, and I am hoping and praying that I can love this series.

Posted by Shawn Hoelscher at 8:24 PM