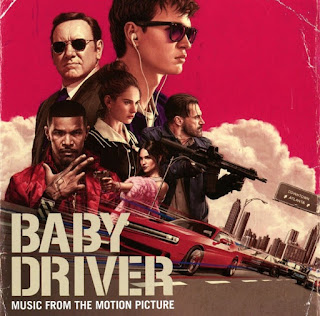 It's no secret that "Baby Driver" was my favorite film of the summer, and still one of the top films of the years for me. I think Edgar Wright has a great ear for dialogue that feels unique and fun, he creates provocative characters. He takes typical pop culture references and delivers something fresh and modern with them. And Hell, the guy can just tell a relentlessly entertaining story. I never would have guessed that we'd ever see a sequel to it. But apparently Edgar Wright is hard at work writing a script for the movie. Apparently, the sequel is getting fast tracked, so we could see it sooner than we think.


“Those talks are already in the works. The deal is being hammered out as we speak. So, hopefully, I’m going to at least write a second one. I’ve definitely got lots of ideas. Whether it’s the next movie, I don’t know. I’m just working that out at the moment, actually. I have a couple of things that I’ve been offered since [the release of “Baby Driver”] I would like to get back in the saddle shortly.” He told Entertainment Weekly, “There were four years between “The World’s End” and “Baby Driver.” I don’t want it to be that long again. I would love to have a film out in the next two years.”

Well, personally, I'd love a new "Baby Driver" in two years. I'd be interested to see if this could become some kind of a franchise. I liked the cast and the fun of the first film, and I think Edgar Wright could really make something outside the box with this series of films, if that is what he wants to do. I'd love to see all those floating "ideas" hatched out onto a screen.

Oh, and it may be a little early for this joke but...would anybody want to bet money Kevin Spacey gets replaced by Christopher Plummer?

More on this as the story progresses.