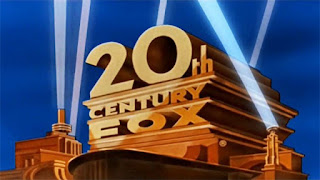 This was kind of a wild story for me to read today, because honestly, I had no idea anybody was in any sort of position to buy 20th Century Fox. But of course, leave it to Disney to be in that position. Around 2009, they bought Marvel, just a couple years after that, they bought LucasFilm. Now, they may be pushing hard to get a huge crop of assets from 20th Century Fox. According to this article in Collider, 20th Century Fox feels its management is under the belief that they can't compete with other media outlets and they think that Disney can give them that extra boost they feel they need.

The properties Disney is interested in buying obviously includes "Fantastic Four" and "X-Men" and all characters related to those properties. After all, Disney already is running the entire Marvel Cinematic Universe, so of course they would want to make it complete. The fan community has already made it clear they want it too. How would this effect "The Gifted?" How would this effect "Legion" on FX? How would this effect the ongoing newer "X-Men" film franchise? I have no clue. This purchase has only been in talks, no serious decisions have been made yet.

I'll be honest, when I read this today. I will admit that my mind suddenly jumped to "OMG-WOLVERINE-IN-MCU!!!" I wanted to cry a little, just a little I promise, I was incredibly excited. Then I thought about it more, and I thought about all the companies Disney has already bought in the past. Could this be bad for the business, I thought? Will it actually be a good idea if everything in a business can be homogenized with a fair amount of ease? The article made itself very clear why Disney didn't include any of Fox's news or sports assets in this deal. They belief that would be anti-competitive. Well, how is not anti-competitive to go on a buying spree over the course of a decade, buying anything that's available?

I could kind of see in the near future, all the studios in Hollywood under one banner, and honestly what would be the point of any of it? Does Disney just want to own everything or is here something bigger on the horizon. I don't know if the studio is going under, but that's never good for the business and I sincerely feel sorry for whomever this would affect.

What say the rest of you?
Posted by Shawn Hoelscher at 9:46 PM