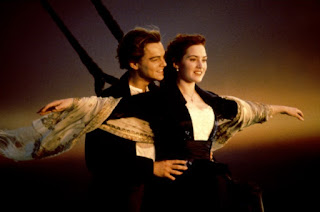 James Cameron is full steam ahead (heh) with his "Avatar" sequels. I thought for the longest time that we'd never, ever get to see them. I thought he'd push them back, and push them back and push them back until they were no more. But I was wrong. In fact, we are getting four more movies in the franchise, instead of a trilogy that James Cameron originally planned. In many James Cameron movies, he likes to go back and use actors he has worked with before. There was a rumor back in 2010 or 2011 when Arnold Schwarzenegger was rumored to be the next Big Bad in the Avatar sequels. But I think that will remain a rumor and not a fact.

Kate Winslet will be joining "Avatar 2." She will be playing a character named Ronal. Don't know if she will be a friend or a foe to Jake Sully. There is no other information at this time, except that Ronal will be played by Kate Winslet. I like Winslet as an actress, so adding her to the roster is welcoming. She will join Sam Worthington, Zoe Saldana, and apparently Stephen Lang and Sigourney Weaver will return from the dead for these sequels too.

Oona Chaplin, who was Robb Stark's bride that got him killed in "Game of Thrones," and also the granddaughter of Charlie Chaplin, has also joined the cast.

More information as this story develops, but I have to admit one thing. I think it's WAY TOO LATE FOR THESE SEQUELS. "Avatar" doesn't seem like its being talked about anymore and it seems to me that the movie was more a moment for its own time. As these sequels drift down later and later in the time continuum, that non-chatter seems to be growing. Will anybody care once "Avatar 2" hits in 2020? We shall see,
Posted by Shawn Hoelscher at 9:05 PM