Review: "Nobody Speak" reminds us why the free press is an important part of our country

Nobody Speak: Trials of the Free Press Review 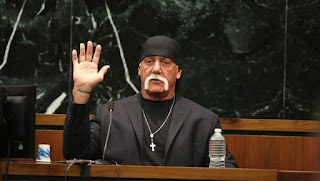 "Our Liberty depends on the freedom of the press, and that cannot be limited without being lost" This is a strong quote from Thomas Jefferson and a very important quote. The free press is a very important part of our First Amendment, which is a our freedom of speech. The press has both a duty and a right to report on the things affecting our world, they way they see it. Yes, the press has made some mistakes in the past, but does that automatically mean that they are fake news?

Now, more than ever, the press is under attack and it feels like they are becoming a less and less respectable source of news. But where does the line bend when trying to decipher if the press is making up fake news, or if the party in question is simply trying to cover the truth? That is the very question "Nobody Speaks," a documentary about figuring out if the media is really out to sell a fake story, or if the people behind the scenes are trying to hide the truth. Much of the documentary is about a court case revolving around a sex tape involving pro wrestler Hulk Hogan and his best wife. Hogan is suing Gawker Media for bringing the tape into the open and writing about it.

This is a movie where everyday, we are all walking the tight rope line between challenging the freedom of the press or keeping certain voices quiet in order to hide facts. The film gets into President Donald Trump and his fascination of calling every media outlets fake news, it discusses the importance of the free press. Its highly provocative in the way it sheds light on both sides of the story, and how those who go around touting "fake news" or blaming the media for woes may not be who they say they are.

I found "Nobody Speak" to be fascinating and a huge eye-opener to what we call freedom of the press, and why we should continue to fight for it everyday.

FINAL GRADE: B
Posted by Shawn Hoelscher at 8:55 PM