Jim Hensen was the puppeteer who created "The Muppets" and "Sesame Street." I don't need to waste time discussing how influential a man Jim Hensen truly was. He was incredibly, incredibly influential. His son, Brian, grew up to be a puppeteer himself. Brian Hensen will have a new movie coming out next summer, August 17th 2018 to be exact. But its not going to be a sing-songy, happy-go-lucky movie like his father made, its going to be something different.

Melissa McCarthy will star and produce "The Happytime Murders," a film noir comedy about a world where humans and puppets live together. A human detective must join uneasy forces with a puppet detective in the dark underbelly of Los Angeles, trying to find out who is killing the members of an old 1980's TV show called "The Happytime Gang." Will the two detectives be able to put their personal hang-ups aside in order to catch the killer? The film is being said to be a homage/parody of film noir, but also a raunchy comedy and will feature some of the same goofy essence much of Jim Hensen's work featured.

We are not quite sure who else will be in the film along with Melissa McCarthy. Apparently, Brian Hensen has been working on this movie for awhile now. The Rock and Jamie Foxx were attached to the project at one time or another. But as of right now, neither actor is confirmed for the project. We have a release date, a main character, and some groovy concept art that made me kind of giddy looking at. Take a look yourself... 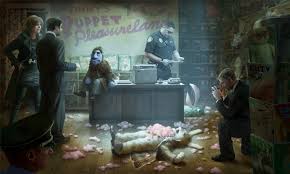 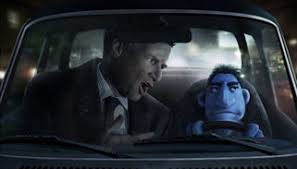 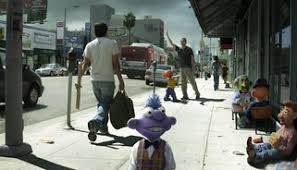 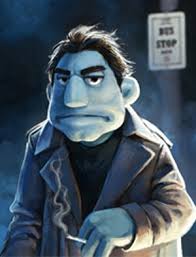 Growing up watching Jim Hensen's work, I am really excited to see what Brian Hensen brings as a director and a story teller. This is absolutely nothing like the work his father did, so I will look forward to seeing this.