We Are Living in the Laziest Era of Movies...and its causing problems 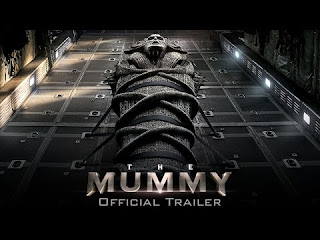 "The Mummy" opened about two weeks ago, and it was a box office bomb. Despite this, Universal Pictures said they would be moving forward with their Dark Universe movies. Then I read today that Universal Pictures could lose as much as $95 million for "The Mummy" bombing so bad. I didn't like the movie so much myself, my review is up on the site. But I had no idea that the studio would lose so much money in the process. Sure, they could get it all back in international dollars, but with what is coming on the horizon, that looks more and more harder to achieve.

Some have said that "The Mummy" failed as a remake. Definitely part of that films problem was how hard it played the remake game. Tom Cruises character was essentially just a analog of Brendan Fraser's character. But the new "Mummy" was never intended to be a remake, but the beginning of a new shared universe. Universal Pictures saw the business Disney and WB are getting with Marvel and DC. They looked at their catalog and said "hey, we have the classic monsters, let's make a shared universe!" This trend of piggy-backing off of another franchise's success is nothing new either. When "Lord of the Rings" made money in 2001, every single fantasy book series you could think became a movie. When "X-men" made money in 2000 and "Spider-Man" in 2002, that lead to the superhero craze in movies that we are living in right now. I have written about this before, but it becomes clearer and clearer as I get older that we are living in an era of cinematic laziness. Whenever something big catches on, every studio in the business needs to copy it.

But the way Universal Studios approached their Dark Universe was totally wrong headed. When we think of the classic Universal monsters, we think horror movies. Creating a horror shared universe would have felt new and possibly creative. But Universal chose to make "The Mummy" into a typical, high-concept, superheroic action movies. If you ever do see this, you'll agree that it felt like just another origin story. That's the most boring avenue they could have chosen for characters like The Mummy, Dr. Jekyll, The Invisible Man and Dracula. And it's proven that it's a business risk. Many moviegoers interest in five superhero movies a year is starting to wane. So when this film looked just like those films, it lost audiences.

It also didn't help that "The Mummy" suffered from severe "Age of Ultron" syndrome and was mostly a commercial for future films. Nobody really wants to pay $10-12 to watch an incomplete film that's all setup. That reverts back to my point above, your jump off point has to work if your going to get audiences to come back to the theater next year. "Iron Man" is 100% an Iron Man movie. It's only after the credits that Tony meets Nick Fury and learns of the larger universe around him.

If I had to wager a bet, I would say that the Dark Universe might be done after this year. Sure, some have argued that since Johnny Depp, Javier Bardem, Tom Cruise, Russell and potentially The Rock, Angelina Jolie and Scarlet Johansson are all involved, that the franchise will continue. But $95 million is nothing to shrug off, that is lots of money lost. That's not something a studio can merely sneeze at. We could also have an entirely different conversation about how big name movie stars don't sell movies anymore. I wrote about this during the first year I had this blog, and I could never imagine that it would be so abundantly clear merely four years later. This era of cinema has changed in another way, A-listers don't sell movies like they used to. You can't make an original movie and hire Julia Roberts or Tom Hanks in the lead. If you want to do that, you have to sell your movie as an Oscar contender, you have to take your chances at a film festival or your name has to be Christopher Nolan or Quentin Tarantino. I remember growing up, there was rich diversity at the movie theater. Today, everything is a prequel, a sequel, a remake, an adaptation of a comic, or a novel, or a TV show, or a video game. Nothing comes from a personal place anymore. Nobody takes a risk in the business of Hollywood anymore.

Is that what we all truly want from our movies? Do we really want to see the same stories over and over again? Do we really need live action remakes of all our Disney classics? Or a trilogy of "Fantastic Beasts and Where To Find Them" which was literally a book within a book? Do we need another franchise based on fucking toys? Apparently, according to all of you, we do. We are allowing these tentpole movies to break box office records. We make fun of Michael Bay's "Transformers" but then we are going to be there for his new one this weekend. If we are growing sick of these types of franchises, why do we keep watching them? I guess I should have hope. I think "The Mummy" proves that there is a wake-up call coming. But will it end up being an anomaly?

There are more of these shared universes around the corner and I hope they take a look at what happened here with "The Mummy"  and see how not to approach a franchise. If studios want this new brand of franchise to work, they need to make one solid film. Don't even announce it as a shared universe, just make one solid film. Then once its a commercial and critical success, THEN tell the world your starting a shared universe. Don't be so quick to fire the gun, you'll do better in the long run that way. Remember, we don't need a movie to just advertise for the future, we want what we've always wanted. Movies that carry emotions, character arcs, and good storytelling. Remember that, and perhaps this lazy era of filmmaking may pick up. Please let the crews you hire take control of their own visions, instead of  forcing production notes into their own movies. We can still make this lazy time memorable, but its going to take a little effort on your part, Hollywood.
Posted by Shawn Hoelscher at 9:16 PM