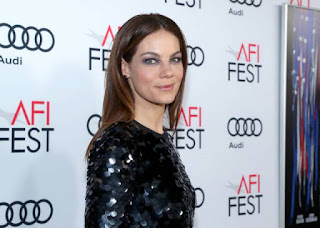 Michelle Monaghan, who played Julie in "Mission: Impossible 3" will return for number six. Yes, the girl who Ethan Hunt fell in love with. The woman he nearly left the IMF for. The woman he was engaged to and almost married. The woman he had to save from a lunatic arms dealer. She is returning for "Mission: Impossible 6." Will she be the love interest? Will she be some kind of power player since she knows Ethan's secret? Who knows. But the actress posted on Twitter today that she's excited to spill more of Julie's story. So we can only expect that she will have a meaty role in the upcoming sequel.

Tom Cruise will obviously return as Ethan Hunt. Simon Pegg, Ving Rhames, Alec Baldwin, and Rebecca Ferguson will return for this sixth film. Jeremy Renner has been strangely absent. This sixth film will also add Henry Cavill, Angela Bassett and Vanessa Kirby. Sean Harris, who was the villain in the fifth film, is also returning for the sequel.

More details as they come!