Its been fun following the details spilling out of "Deadpool 2." I would have never imagined Josh Brolin playing Cable, but the more I think about it, the more I think its perfect. I know there were people like Stephen Lang and David Harbour attached or rumored one time or another. And there was the post-credit scene at the end of the first film where Deadpool himself said Keira Knightley might play Cable. I know it would have been a radical shift from the comic book, but part of me would kind of kill to see it.

But "Deadpool 2" is coming. We got Josh Brolin playing Cable, a character whose cinematic debut has been long overdue. Colossus and Negasonic Teenage Warhead are all returning. Blind Al is returning. Morena Baccarin is returning as Vanessa. Shioli Kutsuna will join the cast in an unspecified role. Zazie Beetz has been added to play Domino. It should be a very good time at the theater!

Here's some pictures of Josh Brolin getting ready to play Cable! 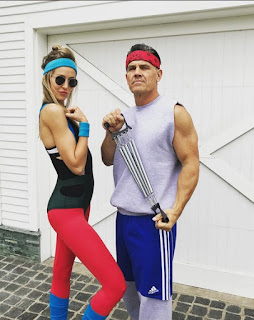 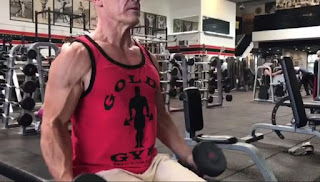 I figured I'd like "Deadpool." But I don't know if I could have imagined myself loving it on the level that I did. Heck, I don't think anybody expected to love it on the level they did. Its one of the most successful R-rated films ever, and it adopted a certain style we hadn't seen in a superhero movie yet. I am very much looking forward to this follow-up.


Posted by Shawn Hoelscher at 8:48 PM