Vanity Fair has some The Last Jedi pictures

Vanity Fair has some set photos of the upcoming "Star Wars: The Last Jedi." We don't have them all and we probably won't get any real in-depth photos until tomorrow. But here are some of the magazine covers to help sell the photos. 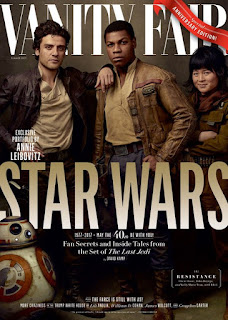 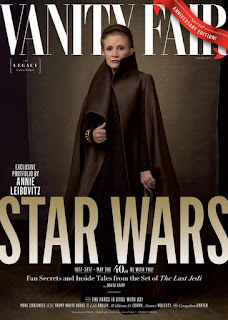 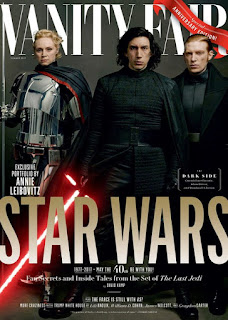 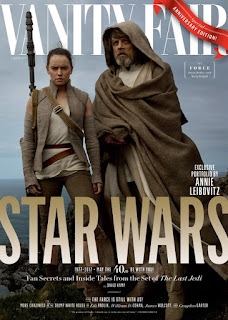 So is there anything we can gather from these covers?

Well, first of all, we might be getting a new character along with the Resistance in the next movie. I don't know who that Asian lady is, but I know she wasn't in the first film. We also get a glimpse of Phasma with no helmet on, will she not be wearing it in the new film? Also, I wonder if Rey and Luke hanging out will be a big part of "The Last Jedi's" story in the upcoming film. I must admit that this gives me cause. I love "The Force Awakens." But I am fully aware that its built on the spine of "A New Hope." Some would even call it a remake of "A New Hope." Rey hanging out with Luke all movie is a little too close to Luke hanging out with Yoda in "The Empire Strikes Back." If "The Force Awakens" is "A New Hope," will "The Last Jedi" just simply be "The Empire Strikes Back?"

I certainly hope not, I hope this interplay between characters leads us down for something exciting. Hopefully some of the photos that get released give us more clues.