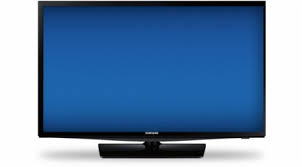 The last week in April, first few weeks in May are called "Sweeps Week" in the world of television. Its basically the time when the primetime cable studios get together with their top executives. They decide what they are going to renew, what they are going to cancel and what new material they plan to take a chance on. It can be frightening or fun depending of what shows you like. There is always a possibility that your favorite show will be cancelled, or maybe it will be renewed. This week, all the final decisions on the 2017-2018 fall schedules for television are to be finalized this week. Let's take a look at each studio and see what survived and what got the axe. I have grouped the shows by channel, green means renewed, red means cancelled.


NBC
The Blacklist
Blindspot
Chicago Fire
Chicago Med
Chicago PD
The Good Place
Great News
Shades Of Blue
Superstore
Timeless
Chicago Justice (surprisingly still on the bubble)
Trial & Error (surprisingly still on the bubble)
Blacklist Redemption
Emerald City
Grimm
Powerless
Yes you are reading that correctly, "Timeless" was originally cancelled by NBC, but in a rare chain of events, the studio flipped their decision and decided to renew "Timeless." I like "Timeless," but I didn't love "Timeless." However, I think the show has potential to be great. I look forward to its second season. No surprise that all the Chicago-centered shows got renewed, but "Chicago Justice" had low ratings, its interesting that the show is still on the bubble, even as the week comes to a close. I wonder what will happen. Its also no surprise that both "The Blacklist" and "Blindspot" got new seasons, they have become wildly popular, and I personally love both shows. Super excited for "The Good Place," a major surprise last year and "Superstore," which continues to be lots of fun. Never saw "Great News" and don't see the appeal of "Shades of Blue" but whatever. I couldn't get into "Emerald City," never liked "Grimm," absolutely hated "Powerless" and thought it totally squandered a great idea full of potential.  No surprise those got axed. I never saw "Blacklist: Redemption," but now, I probably won't watch. If a show I haven't started gets axed, I usually don't bother. I hate being left open-ended on a show, and there's already too many movies and other great TV to watch. Why start a show that will go nowhere?
Fox
Bob’s Burgers
Brooklyn Nine-Nine
Empire
The Exorcist
Gotham
Last Man On Earth
Lethal Weapon
Lucifer
New Girl (season seven will be its final season)
The Mick
The Simpsons
Star
Family Guy
Shots Fired
APB
Bones
Making History
Pitch
Rosewood
Scream Queens
Sleepy Hollow
Son of Zorn
24: Legacy
Honestly, not too many surprises here. Shows like "New Girl," "The Simpsons," "Family Guy," "Brooklyn Nine-Nine," "Bob's Burgers" and even "Gotham" have become FOX's bread and butter. Of course all of those shows were coming back. The big surprise for me is "The Exorcist" I found that show to be truly unbearable and just a quick cash grab in TV form. So I am amazed that people watched it, though I will also say that I am amazed people keep watching "Gotham." I really, really liked "The Mick" and I am glad it survived to see a second season. I'm amazed "Lethal Weapon" survived. I thought "APB" was dumb after the first three episodes, high-concept science fiction shows are a hard thing to master apparently, there aren't too many good ones in the history of the medium. So its no surprise it didn't survive. "Pitch" could have been good, but I think it liquidated all its potential in the first few episodes. I loved "Sleepy Hollow," but I think the show should have ended its run last season. This new season was barely interesting and just didn't feel like the show it once was. "24: Legacy" wasn't terrible, but I can't say I'm surprised its cancelled. I am really going to miss "Son of Zorn," you guys missed the boat on that one, that was really good. Its replacement, "Making History" was mediocre. I am starting to wonder if the follow-in theory is false. People aren't going to watch a new show simply because their favorite shows come on before or after said new show. Honestly, FOX was once unbeatable in their Sunday night line-up, but sadly that's suddenly starting to wane. "Family Guy" used to make me laugh hysterically weekly, now they only produce 2-3 great episodes a season. I wonder if Seth McFarlane new show does well if it will replace "Family Guy?" If FOX wanted my advice, throw "The Mick" in the Sunday line-up.

ABC
Agents of SHIELD
American Housewife
The Bachelor
black-ish
Dancing With The Stars
Designated Survivor
Fresh Off The Boat
The Goldbergs
Grey’s Anatomy
How To Get Away With Murder
The Middle
Modern Family
Once Upon A Time
Scandal
Speechless
Quantico
American Crime
The Catch
Conviction
Dr. Ken
Imaginary Mary
Last Man Standing
Notorious
The Real O’Neals
Secrets and Lies
Time After Time

Not too many surprises for ABC. Pretty much everything you'd expect to get renewed, got renewed. There was no way shows like "Scandal," "Grey's Anatomy, "Once Upon A Time," "The Bachelor" "Dancing With The Stars," "The Goldbergs" "Black-ish," "How To Get Away With Murder," "Modern Family" and "The Middle" wouldn't get new seasons. I know "Quantico" was on the bubble before getting a last minute renewal. What I love the most is that "Agents of S.H.I.E.L.D." survived the 10PM death trap. Usually when a shows ratings are beginning to drop steadily each year, a studio will drop it in the 10PM slot and if it can't stay alive there, its cancelled. Its really rare for a show to do well in this slot, so color me baffled that "S.H.I.E.L.D." will continue its missions. Its moving to Friday now, so I really wonder if ABC is working overtime to kill it. If that's the case, they can fuck right off! I've been enjoying catching up with "Designated Survivor" so kudos to them getting a second season. Basically looking at ABC's list above, its seems their big name shows are overshadowing the new stuff they are trying to pull in, so they may need to be a little more selective with their content.
CBS
Amazing Race
The Big Bang Theory
Blue Bloods
Bull
Code Black
Criminal Minds
Elementary
Hawaii Five-0
Kevin Can Wait
Life In Pieces
MacGyver
Madam Secretary
Man With A Plan
Mom
NCIS
NCIS Los Angeles
NCIS New Orleans
Scorpion
Superior Donuts
Survivor
The Odd Couple
Ransom
Criminal Minds: Beyond Borders
Doubt
The Great Indoors
Pure Genius
2 Broke Girls
Training Day
Much like ABC, there are no real surprises about what did and did not get renewed over at CBS. All their heavy-hitting shows got their new seasons. Did anybody catch "Superior Donuts?" I liked the people in it, but just didn't get a chance to watch it. I may catch up with it when I can due to its second season renewal. What surprises the shit out of me though, was the renewal for "MacGuyver." People, I may be in the minority, but that show was bad. I can't put into words how much I hated it. Everybody who tried to cash out on a classic show should be ashamed of themselves. I don't know who is watching this, but they are officially wasting their lives.


The CW
Arrow
Crazy Ex-Girlfriend
The Flash
iZombie
Jane The Virgin
Legends of Tomorrow
The 100
The Originals
Riverdale
Supergirl
Supernatural
Frequency
No Tomorrow
Reign
Vampire Diaries
No surprises here. The CW's superhero line-up remains strong. I have the entire first season of "Riverdale" on my DVR, so I am a little excited to get started with it, I hope I enjoy it. The CW's heavy-hitters continue to dominate, but some of their new stuff remained strong through the year too, so that's always a good thing.
Tomorrow, we will take a look at the upcoming fall TV schedules for these channels. Look at some trailers for new shows coming out, and see what we are excited for moving forward. Right now, which of your favorite shows got renewed or axed? Are you satisfied by these decisions?
SOURCE:
http://www.aintitcool.com/node/77836
Posted by Shawn Hoelscher at 10:07 PM