Pirates of the Caribbean 5 character posters

I have a real love-hate relationship with the "Pirates of the Caribbean" franchise.

Back in 2003, I honestly didn't know what I was getting myself into when I sat down in a packed theater to see the first movie. I hoped to like the film, I didn't expect to like it as much as I did. I think its a great swashbuckler of a movie. We don't have lots of dependent blockbusters, but "Pirates of the Caribbean" certainly is. Then came the second and third films, which were pretty much two halves of the same movie. Those sequels felt like somebody trying to mix two cakes using one bowl, they are bloated movies and I don't think they quite work. They are both much better than the fourth film, which I found absolutely atrocious.

I honestly don't know how excited I am for a fifth film. This franchise is leaving a bad taste in my mouth with every new film, and I don't know how much stock is left in this franchise. However, Javier Bardem is in this, and he's already extremely creepy in the first trailer. The character posters were released this week. They look cool, but they are your standard character posters. 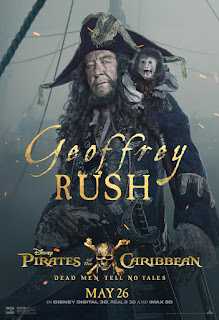 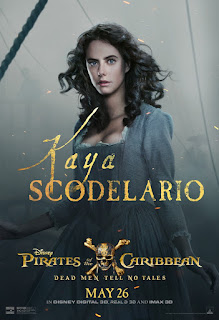 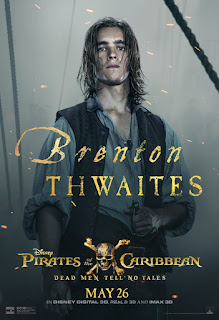 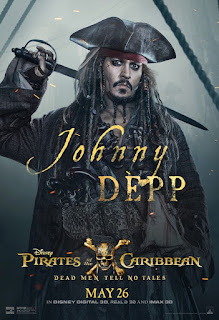 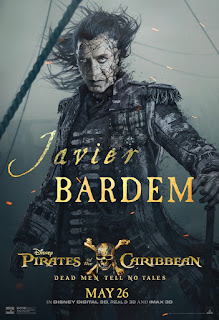 I got to say though, I love that old-school font

Posted by Shawn Hoelscher at 8:55 PM