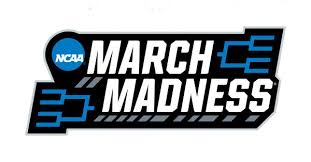 Another round of Heroes vs. Villains gone. Its been a bloodbath of voting this passed few days. Now moving into our third round, here is how things shook out.

You guys must really love the Caped Crusader, because he is further advancing in our Heroes vs. Villains bracket, easily knocking Martin Riggs out of the competition (Batman received over 90% of the vote). Wolverine defeated Jason Bourne, in a rough and tough vote. That was really close, in fact, I nearly called for a revote. But Wolverine was victorious, (he received 52% of the vote). Easily the biggest upset of the third round was Jyn Erso edging out Spider-Man in another incredibly close vote (Erso received 51% of the vote, Spider-Man received 49%). Uhura edged out Ethan Hunt, taking 80% of the vote with her.

On the darker side of the bracket, Darth Vader devastated The Enchantress this round, taking almost the entire percentage of voting. Chucky easily took Samara out of the competition, taking slightly over 80% of the vote. Saruman advances over Micheal Corleone, taking 75% of the vote. Zemo took out Ed Rooney, garnering 68% of the vote. Nice job, bad guys! These were the results of the Movie villains bracket.

Here are the match-ups for this round. This round starts today and will go to March 29th.

Posted by Shawn Hoelscher at 7:58 AM