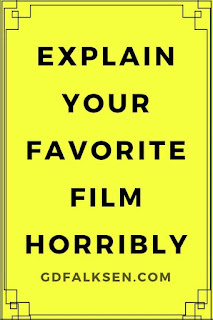 Sorry that this has been MIA for a little while now. I didn't mean to leave you guys hanging. I've got a million excuses if you are really that interested. If not though, let me reacquaint you with the last version of this I held and we will start a new round today!


1. The most vicious reality television show you could think of, featuring muscles! 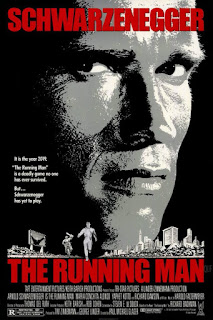 2. The intertwining lives of several people living in a city where a priest eats people everything is black and white.

3. The Chosen One is asked to stop two renegades from entering a chapel! 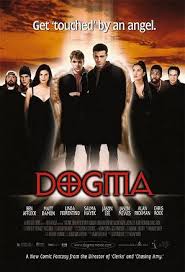 Now here is round nine of this, you will have an entire week to play along. Have fun.

1. A troubled man tries to make a better life for himself, only making it worse than before. He doesn't tell his friends his plans, and everyone gets put in danger. There are lots of big words and big ideas used here.

2. A guy lives in a world where they do the same thing every day. In order to bring on some variety, he introduces some new traditions into their world. They get a little out of hand, but he saves the day in the end.

3. A young man wants to do some good in the world, he tries really hard but nearly dies several times. He gets some help from some people and gets locked into a world of betrayal and blood.

Posted by Shawn Hoelscher at 8:35 AM