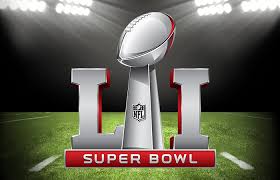 Well, I don't know about the rest of you, but I am bummed that the Patriots won. I know I don't discuss sports too much on this blog, but I was pulling for the Falcones. I don't deny anything that Tom Brady has accomplished over his career and the amount of Super Bowl rings that guy possesses truly is admirable, but the Patriots are overrated, and they seem smug and full of themselves, and I never like that. Plus Brady, while a great athlete, walked out on a kid, low man, low.

But anyway, enough about the game. Let's discuss the wealth of television spots we got for movies this year.


Words can't describe how excited I am for this movie. "John Wick" was a sleeper movie from 2014 that got under my skin and wouldn't let go. I love that its a different kind of revenge movie where the Wick is avenging a dog. I love it, mainly because I am a dog person. I don't know what this new chapter will revolve around, I just hope its not to avenge a dog again. I don't know if I can stomach watching another dog brutally dying. Keanu Reeves has never come off more alive in a movie in a really long time. That awakening seems full force this time around. The action seems like its cranked up to eleven once again. The addition of Lawrence Fishburne? Even more awesome. I can't wait for the second test between Neo and Morpheus to unfold.


I loved the first "Guardians of the Galaxy," Marvel has been on a roll now for a bit, and Baby Groot is breaking my heart. Do you honestly think I would miss out on this? I love how I still have absolutely no idea what this is going to be about, or what adventure this band of inter-galactic misfits will be onto int his sequel. I think Marvel has given the freedom for director James Gunn to really get off the rails a bit, expand the cosmos of Marvel and tell a story he wants to tell. At least, that's the word of the street. I hope its true, he seems to embrace this material and that can only lead to good things.


What is going on with Dom? Its putting me in distress. Anyway, this looks completely ridiculous in the best possible way, can't wait to see what happens.


Alright, an R-rated Wolverine movie, finally we are getting what we've been praying for now for our entire existence. This looks to be a very different "Wolverine" movie than we are used to, and based on what people have said who have seen the first forty minutes, we are up for something different in a big way!


Alright, I'll say this much about this trailer, it puts me in deep sadness to watch Optimus Prime and Bumblebee fight each other, so I want to see this just to find out what the hell is going on with that. The rest? Just looks like more of the same, I ready for this franchise to be done for awhile now.


This looks a lot darker compared to the other "Pirates" movies, but I have a feeling that this is just for show. I doubt they'd all of a sudden go a serious route just for kicks. I feel like no matter what,the villain of this story is going to be awesome in the hands of Javier Bardem, so that is reason enough to see the film. But I can't honestly say I have high hopes for it.


OK, did anybody else get fooled by this trailer? I thought it was an advertisement for some kind of depression medicine, but then it was a peak at "A Cure For Wellness!" I have heard great early things for this. I am already onboard. I don't even know what's going on this movie, but I can't wait to find out!


Visually, this movie looks arresting. I have seen the anime version of this story a long time ago. I love it quite a bit. I can't stand the white-washing going on in this movie, but hopefully it ends up somewhat good? Maybe? We'll see. I just don't get how so many talented Asian actresses didn't get the gig for this.

Perhaps the best trailer of the Super Bowl wasn't even for a movie. It was for the second season of Netflix's "Stranger Things." I loved the first season. I can't wait for this one...

Which spots did you like most?
Posted by Shawn Hoelscher at 9:02 PM