Couch Potatoe In Print: The Threequel

Couch Potatoe In Print (The Threequel)
The biggest thing on television last week was the Oscar ceremony. Even though I wrote my initial reaction last night after the ceremony, I wanted to offer up the good, the bad, and the ugly of the ceremony last night. There was plenty to talk about. I am not going to get into the who won what and who should have won, just the moments of ceremony.

It doesn't matter who you are or what type of musical artist you are, if you are getting people on their feet, that's a good thing. Not only was Justin Timberlake getting people on their feet, he had them clapping, smiling, grooving and dancing. If a singer has this much control over the crowd, its a good thing. It helps that his song for the movie "Trolls" just happens to be ridiculously catchy. It helps that Timberlake is charismatic to the bone and can put on a good show. This was a vibrant way to open the show, and it was wonderful.

A big congratulations to Viola Davis on her first Oscar win of her career. Hopefully, it won't be the last time she takes the stage in her career. What I liked most was her rousing, powerful speech. I also very much appreciated that the music members didn't drown her out with music when her speech ran too long. I appreciated the respect and honor on this actresses first win. If only they did that every time. 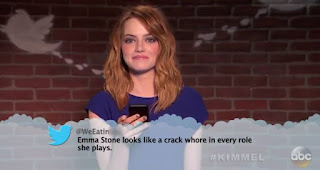 Okay, it helps to be a fan of Jimmy Kimmel's funny "Mean Tweets" segment in order to appreciate this. But I sure do and I thought the segment he put together was funny. 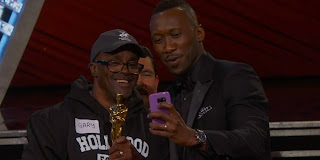 There were some people who didn't like this segment of the show. While I feel it was blatantly staged, I still am incredibly envious that so many lucky movie fans got to meet their favorite actors. And heck, a couple got married by Denzel Friggin' Washington. Not bad at all. I would have had a ball if that was me.

Any time the show takes the time to honor a real person from a movie based on a true story, I think its really sweet and sincere. Katherine Johnson, who was a really NASA numbers girl who helped get our astronauts to the moon during the Cold War, may not have done much. But her being able to participate was what mattered. She got a well deserved standing ovation. 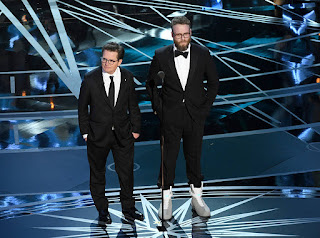 I have always enjoyed Michael J. Fox, and I have always felt bad about his Parkinson's disease. Telling from last night, he seems to be doing really good. I love that he was able to present last night. And his "Back To The Future" flashback with Seth Rogen was part of the fun. 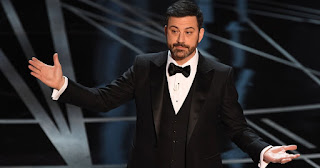 Let me get this out of the way. I like Jimmy Kimmel. I like his show on ABC. I think he's a good guy. I will even go as far to say that his hosting skills weren't so bad in the beginning of the show. As the ceremony dragged on however, he became increasingly not-funny, increasingly annoying, and his jokes were overlong. Simply keep reading to find out more. I like you Kimmel, but please don't host again. 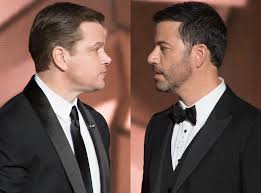 So apparently there is some bad blood between Matt Damon and Jimmy Kimmel for some reason or another. For some reason their "feud" spilled over into the Oscar ceremony. For some reason, it was a ceremony long joke that got real old, real quick. Especially at the end, when the ceremony should be wrapping up, and Kimmel is compelled to keep the joke alive. I'd be fine with it, if it were actually funny. 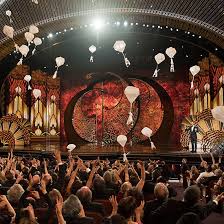 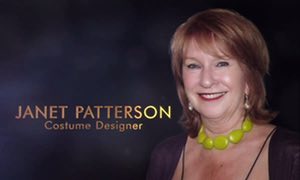 I always feel bad when we loose our artists, no matter if they are major or minor. I hope Janet Patterson is smiling in Heaven. The only problem is...that ain't Janet Patterson. That must have been awkward. 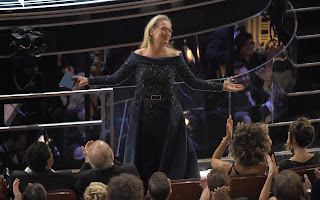 Can I ask an honest question here, is Meryl Streep some kind of mob boss in Los Angeles? Does she have blackmail on everyone in Hollywood? Will she send a couple muscle meatheads to your home if we were to go one year without kissing her ass? She's been clocking it in as an actress for decades now, yet we still have to nominate her for something? I have gotten over  the nominations at every turn. But forcing a round of applause simply because she's Meryl Streep was fucking disgusting. I am also pretty sure the movie memory with Javier Bardem was staged. Come on, the guy is from Spain, the film that touched him most is a Meryl Streep movie?

Good lord, what a clusterfuck. While I am overjoyed that the underdog got the win over the much predicted winner going into the ceremony. The way it was handled was, quite frankly, stupid. Was Jimmy Kimmel trying to make one last joke? Did Warren Beatty mix something up. Did someone steal Emma Stone's winner card on purpose? Did they make multiple cards for some unknown reason and simply stick one in the wrong envelope? No matter, what happened though was a giant clusterfuck and its just good that both parties handled the situation gracefully. Maybe next year we triple check the envelopes before handing them out?

What were your favorite and least favorite moments?
Posted by Shawn Hoelscher at 8:26 PM