I have known in the back of my mind that a "Tomb Raider" reboot has been in the works, I just haven't been completely overwhelmed by it. Sure, its cool. I guess. I mean, as far as video game adaptations go, the good ones are pretty much non-existent at this point. I thought both films in the original "Tomb Raider" series were both pretty poor. I think I liked the original when I was younger, but at the time I had a crush on Angelina Jolie, so seeing her anything was automatically awesome. As I have gotten older, the first film hasn't held up and the sequel was plain stupid.

I know they are rebooting the franchise. I know Alicia Vikander, who recently won an Academy Award, is going to play Lara Croft. Honestly, that's all I know. That's all I care to know at this point. With that said, some set photos have popped up online today, showing Vikander in action. Take a look... 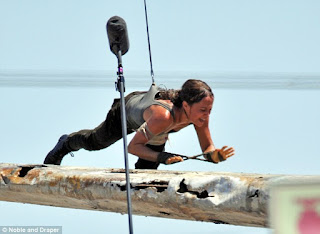 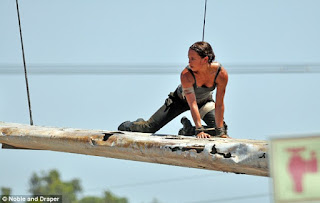 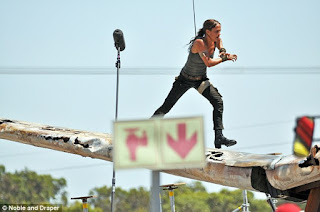 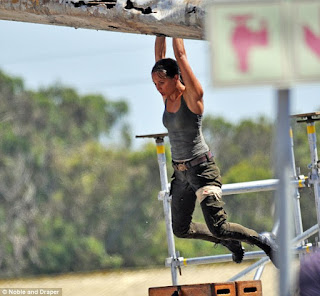 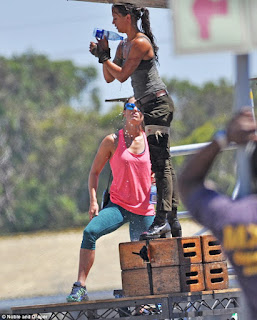 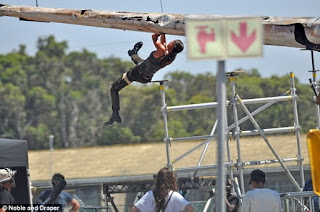 Well, I say this much. Vikander certainly looks the part. I really don't think you can deny that. I figured the part would be high in physicality and filled with stunts and that what it looks like here. I suppose when the inevitable trailer hits, I'll take a look. I like Alicia Vikander quite a bit, and I am sure she will throw herself at the role. I am just not jazzed for the material at this point.