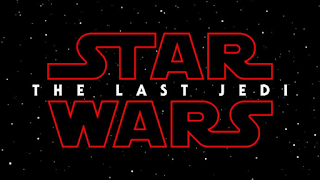 We know the official title of "Star Wars: Episode Eight" now. The film that is going to be directed by the wonderful Rian Johnson. It is officially going to be called "Star Wars: The Last Jedi."

So let's think about just a few things. At the end of "The Force Awakens," we learn that Rey is incredibly Force-sensitive. She's so Force-sensitive that she was able to hold her own against a Sith Lord and able to get herself out of a rather bad pickle with absolutely no training. Some people called that farfetched, but I disagree. I think she's going to be an all-powerful messiah next movie. OR, The Force may have very well been a character in "The Force Awakens." I think the Force wants to be balanced out. Its just a theory, we could discuss these theories until the sun goes down. Sorry, got to stay on point. At the end of the film, Rey delivers Luke Skywalker's light saber to him. We know that Luke's new Jedi Order was vanquished by Kylo Ren. So now we have at least, two Force sensitive good guys and we've got this title.

I don't know, I am getting a very big "Last Samurai" vibe from this title. I have a very bad feeling about this (pun totally intended). I have a feeling that if anybody is going to die by the end of this, its Luke Skywalker. Its sad, but its appropriate in a way. This is the story of the new characters, so it would make sense if Luke bit it in the end. I just don't want him to because its Luke Skywalker.

Here's another thing, its been rumored for awhile that Rey is related to Luke. His lightsaber called her in "The Force Awakens." She is incredibly Force sensitive and her past is still very much in the shadows. Daisy Ridley has made it very clear that Luke isn't her father though. So how can she be so Force sensitive and not be related to Luke and so many Jedi are dead. Will it be revealed that she's related to Snoke? That would be quite a twist. I don't buy that her parents are just some Joe Schmoes who know the Force. It can't be, right? Why all the obfuscation if the parents of Rey are just nobody's?

Posted by Shawn Hoelscher at 8:00 PM