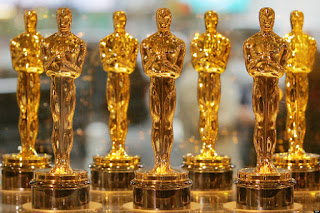 After many weeks of speculation, its finally here. We have the complete list of nominees for the 89th Annual Academy Awards coming this February. I've been mauling over the list all day so far, and I have quite a few thoughts about the overall nominations. As I do every year.

Well, I hope everybody who participated in the #OscarsSoWhite movement last year feel better this year. Out of the four acting categories, we have five African American actors represented, as well as one Indian American actor. We also have an African American director up for Best Director. I wrote about my stance on the issue last year, and I feared for the worst coming into this year. I don't want people getting nominated simply because a movement caused controversy last year. But I will admit, the actors nominated this year all deserved it. No matter what color skin they have. The year 2016 was a rich year of acting, and there were lots of great performances this year. There were lots of movies I am not over the moon for, but will possibly own simply to watch the actors throw down. I love the Michael Shannon love for "Nocturnal Animals," although I wish Aaron Taylor-Johnson got nominated too. I may also be biased about "American Honey," because I still feel that its my favorite film of last year, but I do feel Shia LaBeouf and Sasha Lane got overlooked. But it was a year filled with great performances, and making predictions this year will be rough.

An Academy Award nomination list is never without its controversies though. There are many people who can't get over that "Deadpool" didn't get nominated for anything. Honestly, as much as I love "Deadpool," that's not exactly Oscar fodder. Besides technical awards, "Deadpool" wasn't going to get nominated for nada. I know, I know "Suicide Squad" was a comic book movie, and it got nominated and that film sucks. But hey, its not worse than "Batman vs. Superman: Dawn of Justice" and I feel "Suicide Squad" DID get costumes right, and make-up and hairstyling. So, its fine in those categories. I bet they won't even win. I love that "Doctor Strange" is up for Visual Effects and if it wins, I'll loose my shit. But honestly, where is the "Captain America: Civil War" love?

The biggest controversy for me personally is the snub of "The Handmaiden" in Best Foreign Film category. Seriously, what's up with that? That was easily the best foreign film of last year. Oh well.

This years batch of nominees also taught me that I need to see "Deepwater Horizon," "Elle" and "The Red Turtle" has soon as possible. They have been getting lots of buzz recently and I need to check them out. I have seen both "La La Land" and "Fences" and I will be writing up my thoughts on both of them soon. I plan to view "Jackie" and some other last minute films before the 26th of next month. I plan to share all my thoughts with you. I hope "13th" wins best documentary, I am looking forward to seeing who end up being the big winners. This should be a fun season.

Posted by Shawn Hoelscher at 9:24 PM