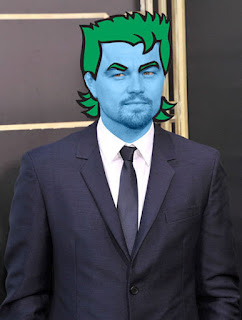 Reading movie news, movie reviews and everything new and old on the subject is apart of my daily life. Its why I do what I do right now, not being paid for it. Sometimes, things get announced and I don't get too surprised anymore. I may get excited, or I may get slightly blindsided, but I end up loving the choice. Whether its a cast choice I like, or a director adapting something I love or a screenwriter attached to do something cool. I live for the thrill of anticipation, and I live for the thrill of the payoff, watching these things unfold onscreen. Way too often am I so blown away by an idea that I can't believe it. But, sometimes it happened.

I didn't expect many things to happen today that ended up happening. One of those things was the announcement that Leonardo DiCaprio's production company, Appian Way, is developing a Captain Planet movie.

I grew up with Captain Planet. It was about five teenagers who had magical rings that controlled a certain natural element. When they brought the rings together, they created a blue and green superhero named Captain Planet who fought for Mother Nature and all of her creations! Each episode always ended with a nice tip to keep the planet greener and thriving. It was something I had always loved watching growing up, because of course I did. How will it work as a movie today? Well, we will just have to wait and see.

I guess, when I think about it, I suppose I am not that surprised that Leonardo DiCaprio of all people is attached to make the film. I mean, he already talks and acts like he's Captain Planet already, which isn't a bad thing at all.


I have no idea if Leo plans to star as Captain Planet, or if he's merely throwing money at the movie. But this is a little bizarre, but it could be a good bizarre. Leo really believes in making this planet green again, and he clearly cares about his beliefs. Could this be a genuine "save the planet" movie without jamming the politics down our throats? That remains to be seen.

I wonder if Leo isn't playing Captain Planet, if Don Cheadle will put the Captain costume back on again... 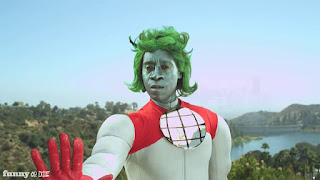 Definitely more on this story as it progresses...

Posted by Shawn Hoelscher at 9:43 PM