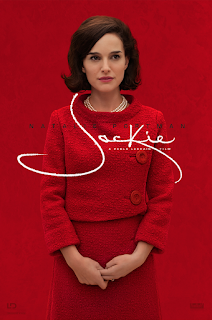 I don't care what anybody says, I adore Natalie Portman. I think she's a wonderful actress, and she has only matured as a performer as the days go by.

Sure, you can knock her for the "Star Wars" prequels until the sun goes down. But the real problem with the prequels was this; George Lucas has a great imagination, but he may not be the best screenwriter. Hell, what am I kidding? He ISN'T a great screenwriter at all. Of course all the actors, who matter how good of actors they are, felt stiff in those movies. It wasn't there fault. There is something special I believe Portman brings to each role, even to Padme. In "Revenge of the Sith," when she finally gets the idea of what Anakin has been up to and how he has turned to the dark side of Force. Yeah, the dialogue is horrible, but the instant disappointment, bewilderment and frustration on Portman's face was enough to carry the scene.

When Portman won the Academy Award for Best Actress in 2011, she no doubt deserved it. I think she's been revving up for "Black Swan" for awhile now. When it hit, it felt like her Magnum Opus. Perhaps after December, I won't be so sure, because "Jackie" looks like another big performance for the actress. Here, she'll be playing Jackie Kennedy after what looks like her husband's assassination. I hope very much that the movie focuses on this, and not just be a checklist of everything Jackie Kennedy did with her life. I hate it when biopics only strive to be no deeper than a Wikipedia page, and focuses on one key moment in a figure's life make for much better storytelling.

Could Portman win another Oscar? Time will tell.


Posted by Shawn Hoelscher at 9:24 PM