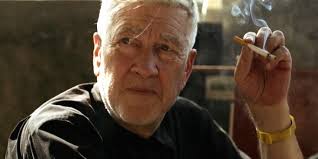 Have you seen a single David Lynch movie? Ever checked out "Eraserhead," "The Elephant Man," "Wild At Heart," "Blue Velvet," or "Mulholland Drive?" Perhaps you were a fan of his detective show back in the 1990's called "Twin Peaks?" A show Lynch is actually returning to very soon. If you have seen any of Lynch;s work, you are likely to not forget it. Lynch is a master of bringing surreal and nightmarish images to life. His movies are often reserved for the most adventurous, as they tend to be confusing, jigsaw puzzle films that require countless views and meditation. I remember showing "Mulholland Drive" to my friends in college one night, the movie that just got named the best movie of the 21st Century by BBC's poll, and it was a disaster. Lynch's films are fun, but probably not films you want to bring to movie night with your friends.

There is a documentary coming soon called "David Lynch: The Art of Life." and it sure feels like a Lynch movie unto itself. This is a strange, non-linear, almost sinister vibe going on in the trailer. Whomever made this trailer sure was a huge Lynch fan. Whether you are a fan of his work or not, this looks to be a highly thought provoking documentary. Also a wild journey into the mind of one of our most unhinged and underappreciated filmmakers of our time.

Check out the trailers for his other work below:

Posted by Shawn Hoelscher at 5:37 PM