Will Hollywood Ever Figure Out its Race Problems? 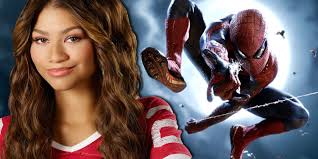 The big movie news over the weekend that Zendaya, the singer who recently joined "Spiderman: Homecoming" will be playing Mary Jane Watson in the movie. The iconic love interest of Peter Parker/Spiderman. Of course, the internet was in an uproar. Why? Take a wild guess. What's been the big topic of just about everything over the last two or so years? Zendaya isn't a white girl with red hair, so obviously that means she can't play Mary Jane, can she? The racist trolls of the internet came lashing out, saying how upset they were that a non-white actress was playing the iconic role that has been white since the birth of the character in the comics. Sadly, this is no surprise. Last year, there was a big deal when Michael B. Jordan, a black actor, was playing Human Torch in the "Fantastic Four" remake, a character who has always been white in the comics. As much as minorities hate it when Hollywood white-washes roles, apparently there can't be any diversity in our big budget blockbusters.

But who is right and who is wrong in this argument? Yes, I think its wrong when Hollywood white-washes roles. I made my stance pretty clear on the #OscarsSoWhite movement earlier this year, and I stand by my feelings. But when Chris Rock hosted the Oscars, he made the best point I hoped he'd make. Hollywood needs to provide more opportunities for African American actors. Diversifying these blockbusters seems like a perfect way to do that. The big blockbusters are movies people see, the movies that arguably break records each year. So it makes perfect sense that they'd add some diversity to the roles. So why do some people get so made when an actor of color plays a character who was white in their long-running source material? Does race really matter or how the actors in question play the characters? Just as long as Zendaya becomes Mary Jane, does race really matter? Honestly, I say no, but sadly there are people who think so. 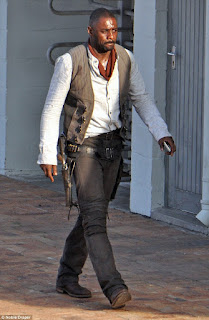 So why there are plenty of racists with an internet connection in this world, there are others who would wish roles would stay race appropriate when adapting a source due to storytelling reasons. Currently, Stephen King's "The Dark Tower" is now being adapted into a movie, and the book's hero, Roland, has always been portrayed as white. Stephen King literally modeled him after Clint Eastwood. For the movie, African actor Idris Elba will portray the character. Now, that may not seem like a big deal, but Roland's race becomes paramount to the storyline once he meets a character named Suzannah. Suzannah is a African American woman who is a Civil Rights Activist who is prejudice against white people. They are two people who are thrown into an extraordinary situation and how they work together adds a layer to the story given their personalities and beliefs. The movies won't really work if a black Roland works with a black Suzannah. Now, there is nothing stopping the studio from tweaking things a bit in order to make the movies make sense. But a white Suzannah with a black Roland just seems a little overplayed, doesn't it? They could just completely write Suzannah out, sure King fans would pout but Peter Jackson got away with writing Tom Bombadil out of "Lord of the Rings," didn't he? My point being, is there a difference between being a racist twat or wanting to keep a certain race in a role for storytelling reasons? 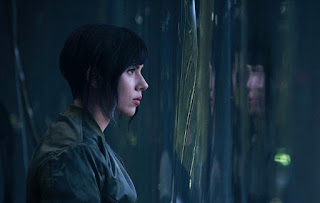 Despite some blockbusters attempting to diversify in their films, there is still plenty of whitewashing going on in Hollywood. Earlier this year, there was some huge beef with the live-action adaptation of "Ghost in the Shell," a Japanese anime film. The main character will be portrayed by Scarlett Johansson, who isn't Japanese by any means. So of course, there was some big arguments there. I get it, its hard to set a movie in Japan and your actors not be Japanese. Aren't there enough Japanese actresses who could have taken the lead role? That just seems like an excuse to get an A-lister and nothing more. Or how about Tilda Swinton portraying The Ancient One in "Doctor Strange" earlier this year. The Ancient One in the comics is seen as from Tibet in race, but Marvel Studios wanted a white actor so that the Chinese audience wouldn't be offended, due to the turmoil going on in the Tibet reason. So they changed the race and the origin of The Ancient One to essentially sell more tickets. Is that cold? Doesn't justify the white-washing? Possibly. So white-washing roles is still alive and well. Especially still in big blockbusters. Can it be possible to be offended by white-washing, but not when its the other way around? I don't like white-washing because I love it when movies are as authentic as possible, but does that mean I should be offended when somebody like Zendaya plays Mary Jane? I also support the idea of diversifying these big box office smashers? Is it all one in the same?

Earlier this weekend, "Guardians of the Galaxy" director James Gunn said it best in this arugment:

"People get upset when something they consider intrinsic to a comic book character changes when adapted for a film. I get this. There are movies I dislike because I think there's a basic misunderstanding of the story or the character when the comic is transferred to film (I still hate how in the first Batman movie the Joker was revealed as the murderer of Bruce Wayne's parents, for instance.)
That said, I do not believe a character is the color of his or her skin. When Michael B Jordan was cast as Johnny Storm I didn't understand the uproar. The primary characteristic of Johnny was not, to me, that he was white, or that he had blonde hair, but that he was a fiery, funny, big-mouthed braggart of a hero. I was happy that he was going to be played by one of the finest and most charming young actors out there.
Yesterday, a rumor broke out that the character of Mary Jane was being played by a young black woman, Zendaya, and all hell broke out on the Internet (again). I tweeted that if people find themselves complaining about Mary Jane's ethnicity they have lives that are too good. (For those of you who think this means I'm confirming that Zendaya IS playing MJ, realize that although I've read the Spidey script, and I've met the actress in question, I have no idea what her role is. There's a good chance someone told me at one time or another, but, if so, I can't remember. I'm going to find out when I go into Marvel this afternoon, but I feel free to speak until that time because it's about the concept about a black woman playing Mary Jane, not the actuality or hypothesis of it.)
I got a thousand or so responses to my tweet. Most of them were positive. Some folks disagreed - they thought the character should look like what she looks like in the comics - but were thoughtful. And a handful were flat out racist.
I can't respond to the racists - I'm not ever going to change their minds. But for the thoughtful majority of you out there:
For me, if a character's primary attribute - the thing that makes them iconic - is the color of their skin, or their hair color, frankly, that character is shallow and sucks. For me, what makes MJ MJ is her alpha female playfulness, and if the actress captures that, then she'll work. And, for the record, I think Zendaya even matches what I think of as MJ's primary physical characteristics - she's a tall, thin model - much more so than actresses have in the past.
Whatever the case, if we're going to continue to make movies based on the almost all white heroes and supporting characters from the comics of the last century, we're going to have to get used to them being more reflective of our diverse present world. Perhaps we can be open to the idea that, although someone may not initially match how we personally conceive a character, we can be - and often are - happily surprised."

Well said, Mr. Gunn and thanks for saying so. If Zendaya plays Mary Jane as we know her in the comics (if that is indeed who she is playing) then I will love her for it. I could care less about her ethnicity, just as long as she can play the role well. I have never seen Zendaya act so I can't judge her as an actress yet. I do know that Marvel has made incredible casting decisions since the beginning, so I think the role is in good hands. We need to remember to judge these performances on the actors work, not the color of their skin. We should promote opportunities for minority actors to shine and I think these big blockbusters should represent the diverse world we live in currently. I don't think Hollywood will ever get over its race problems. When a role that is usually white turns black, I assume racist brutes will burst out of the woodwork as usual. When a minority role goes to a white person, there will be an equal amount of backlash. I just  hope we judge these movies based on their merit and not because of some kind of ethnic swap. I also hope for a Hollywood that cools it on the whitewashing. What are your thoughts on all of this?

Posted by Shawn Hoelscher at 7:56 PM