Who Played It Best? Batman Rematch! 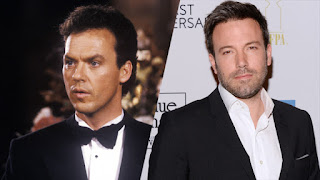 I haven't done this in awhile, and I felt like it was time to do another. I feel really bad about not doing one of these in awhile. I could give you a thousand excuses, but instead lets move on. We are in a time in movies were our biggest pop heroes are constantly being portrayed by a slew of different actors. So much so that these polls cannot ever be set in stone. If we go a generation or even a decade believing one performance is the end-all, be-all for the character, things can change at a moment's notice. That is why I don't mind running these rematches. Every once in awhile, I will do a REMATCH Who Played It Best? Just to see how well these performances truly stack up.

The very first edition of "Who Played It Best?" was between the four major actors who had played Batman. (Something you can find, right here!) No surprise, Michael Keaton won that vote. Of course, a few years later, we would see a brand new actor playing the Caped Crusader. Everybody was trying to guess who would throwdown against Henry Cavil's Superman in "Batman vs. Superman: Dawn of Justice," I even wrote who my top ten predictions were  and looking back on that list, I felt it was pretty solid. But usually when there is so much hype around a certain actor or if fans are pointing to a certain actor, usually the studio goes in a completely different direction. I still remember all the backlash when Ben Affleck was cast as Batman. I had mixed feelings at first, or did I? I just remember not being able to really get my head around seeing a new Batman, an older and more mature Batman. That was the most exciting part for me. This wasn't some young guy that just got done traveling the world, he was weathered. He'd been defending Gotham for decades. That was a cool avenue to travel down.

Whether you are a fan of Affleck or not. Whether you think he was or was not right for the role. He certainly brought it for "Batman vs. Superman: Dawn of Justice." My thoughts on that film remain. But I think Affleck did what he could do. Since Michael Keaton was our very first "Who Played It Best" champion, he will be defending his Batman title. Who played it best?

My Two Cents
Keaton had tougher competition last time. Let's be honest here. Keaton was going up against Christian Bale, who I believe played the character just as well as Keaton did. There is also Val Kilmer and George Clooney and...we'll we don't need to get into them. My point is that Keaton went up against four unique actors in the last round, and still came out on top. I think even though just as many actors have played James Bond but Connery and Moore stick out to most people. When an actor connects with a character, they can set a lifelong standard. It doesn't help that Affleck had the cards stacked against him going in. It doesn't help that "Batman vs. Superman" script was tedious and uninspired and it made Affleck look a lot worse than he wanted. Affleck did what he could and he made a credible performance. But not one that matches the near-perfect work laid out by Keaton. This time, its no exception, Keaton gets the edge.

Agree? Disagree? Fire away in the comment section below. You can also email me (bloggershawn@gmail.com) and I will also set up a voting poll on the home page of the blog. You will have one week vote and I will reveal the winner a week from today.

LAST TIME ON WHO PLAYED IT BEST...
I have not done this in so long that I have two votes to present. The last two times on "Who Played It Best," we looked at Jed Eckert from "Red Dawn" (1984) and "Red Dawn" (2012). We also looked at the performances of Ashton Kutcher and Michael Fassbender for Steve Jobs. The results have been sitting here awhile and here is how the vote shook out. 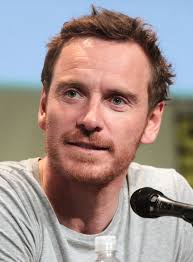 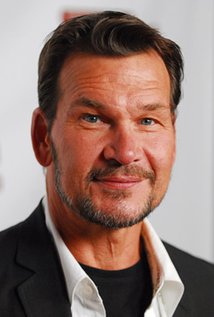 See you back here next week!
Posted by Shawn Hoelscher at 8:37 PM