Man of Steel 2 Sooner Rather Than Later? 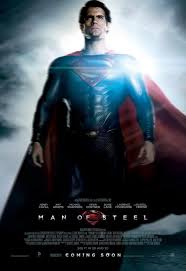 I really liked "Man of Steel," and I know that's weird to say. But I have defended it many times in my everyday life and even on this blog. I've written dozens and dozens of words to why the movie is good and worthwhile to see. It is because "Man of Steel" was so good that I felt so deflated walking out of "Batman vs. Superman" earlier this year. It felt like a complete betrayal of everything built up in "Man of Steel" and its only existence is because Warner Brothers wanted to get to Justice League faster, not because they had a story to tell or something creative to do. I wonder when Hollywood will figure out that creative decisions trump monetary decisions every time.

A sequel to "Man of Steel" has been on the back burner for awhile. Much like Marvel, DC has a stream of movies planned over the next five or so years. Which includes "Wonder Woman" and "Justice League" next year. We will also get a Flash movie, an Aquaman movie, a Cyborg movie a Green Lantern Corps movie and a possible sequel to Justice League. In the original line-up, there was no mention of a sequel to "Man of Steel." It was certainly talked about, but nothing concrete through 2020. Today, that may change a bit.

Its definitely been interesting watching the DCEU unfold so far. The reviews for "Man of Steel," "Batman vs. Superman" and "Suicide Squad" have all been less than stellar. Even fans have walked out of theaters disappointed. Yet, money is still being made. Are they the numbers Warner Brothers is hoping for? Not so far, but there is money being made there. There is easily a market for these characters, Warner Brothers just needs to figure that market out. They need to put more faith in the people they hire and they need to scout out people passionate about these characters. Its possible if DC gets their ducks in a row, they could become more popular than Marvel. The potential is there, they just need to seize it. That's been easier said than done.

But since "Man of Steel" is the best DCEU movie so far, a sequel is more than welcomed.

Posted by Shawn Hoelscher at 8:28 PM