Today is National Dog Day and I wanted to write a very special entry on this special day.

I think its special. My fiance and I have a dog. Growing up, there was rarely a time I can remember where my family did not have a dog. I have grown to care about dogs a lot and I find them to be brilliant animals. So of course, any movie with a dog suddenly pulls on my heart strings. I thought about making a list of the best dog movies ever made, but that can so widespread as to what does and does not qualify. So I decided to give out some miscellaneous awards to dogs in movies. I think you'll find all of this to be fun.

The Ten Best Dogs From Movies.
These ten dogs are the coolest of their species to ever set foot on film. If you haven't seen any of these movies and not know these dogs, check them out. I think you'll agree you adopt any of these doggies if you could. 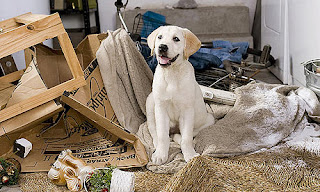 1. Marley (Marley and Me)
Because even problem dogs are the best dogs ever. 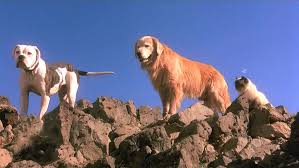 2. Shadow & Chance (Homeward Bound)
I this is a one-two punch, but any pet who would travel for better or worse to find you, just to make sure you are okay is a good dog in my book. 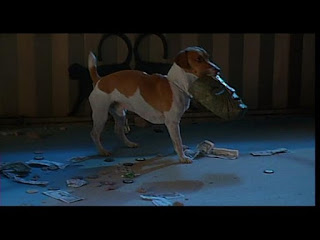 3. Milo (The Mask)
Any dog who would help you break out of jail to prove your innocence and put on a magical mask to help fight the bad guys is an equally good dog. 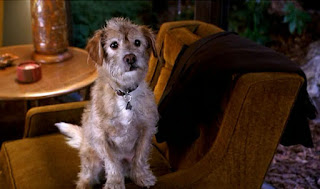 4. Baxter (Anchorman)
I would love to have a dog who could survive a long fall into an ocean, then come back and talk a bear out of eating me. Plus, who wouldn't want a dog who speaks Spanish? 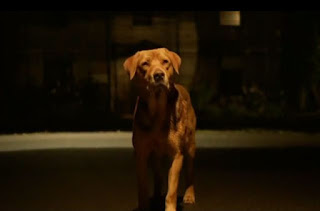 5. Hagen (White God)
Easily the most badass dog on the entire list. I usually don't advocate violence of any kind, I don't mind a dog that organizes an entire group of canines to hunt and kill the humans who wronged them. 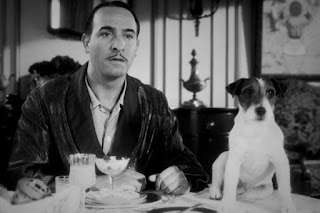 6. Uggie (The Artist)
Everybody deserves a dog who will rescue them from a fire! 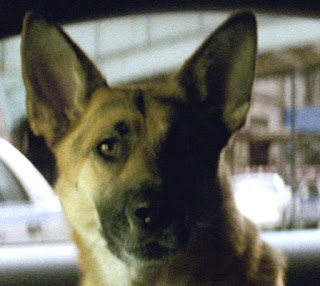 7. Samantha (I Am Legend)
If I am stuck in the apocalypse, I would rest a lot easier knowing I had a four-legged friend watching over me! 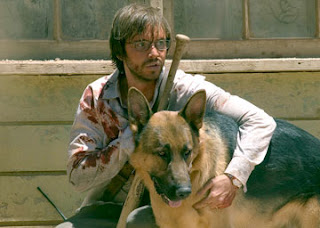 8. Beast (The Hills Have Eyes)
When you are trapped in a desert being hunted by cannibals, you need a dog whose gonna watch your back! 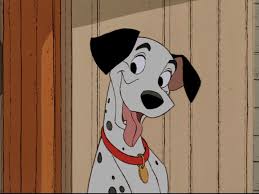 9. Pongo (101 Dalmations)
Any dog who risks their life to save their own pups is a father to look up to. 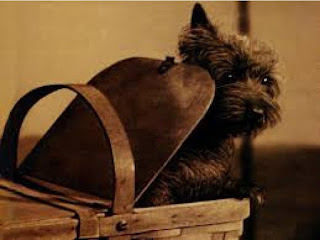 10. Toto (The Wizard of Oz)
Because good dogs hate witches.

If you are wondering, the two biggest honorable mentions for this list are indeed, Beethoven and Bolt!

Now I have two other special awards to hand out this evening, this next award goes to the best dog lover in all of movies. You may be surprised by the result! 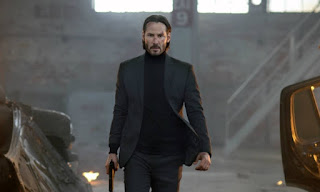 John Wick (John Wick)
John Wick was a hitman who worked for the Russian Mafia in New York. He fell in love and wanted out of the killing business. The Mafia said okay...after one more job. This job was a suicide mission, but Wick pulled it off, killing all of the Mafia's competition. For this, the Mafia had no choice but to let Wick go, and he married the woman of his dreams. But that woman of his dreams ended up dying of cancer and her last dying wish was to give her husband something he can continue to love and cherish, which was a dog named Daisy. When a couple punks want to buy Wick's vintage car from him, Wick refuses. So the punks track him down, beat him up, steal his car and kill Daisy. One of these punks happens to be the son of the Mafia don Wick worked for and Wick goes on a blood-ridden rampage of revenge on those who killed his dog. I think John Wick easily trumps any other dog lover in movies. I think you can appreciate a guy who would destroy an entire organization for killing his dog. 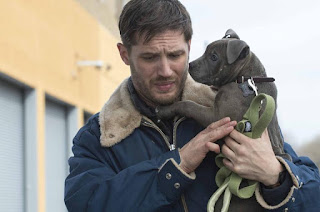 Bob Saginowski (The Drop)
Bob was a bartender who acted as a courier for the local mob. When one day, he noticed a beaten and malnourished puppy in a dumpster. He takes it home, cares for it, and plans to adopt it. When the villain who did the poor deeds to the pup comes back demanding the dog back, Bob fixes the problem in the best way possible. One bullet to the neck, the other in the face.

Really guys, I am NOT  a violent person.

So let me finish tonight with one last dog-special award in movies.

The Most Underrated Dog Movie 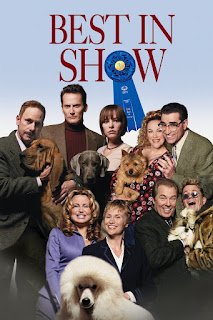 Seriously, I can't believe this movie isn't brought up more. This is a mockumentary comedy focusing on various dog-owners who prepare their dogs for a dog show. We learn that each group has their own quirks, but in the end, they do love their dogs. This movie is hilarious and a definitely a different kind of dog movie for those who don't need a tearjerker ever so often.


I hope all you dog-lovers out there enjoyed this little exercise. I hope your fur babies enjoyed a national holiday in their name. I also hope you seek out and enjoy each of these movies! Have a good one.
Posted by Shawn Hoelscher at 10:08 PM